The whole region here is named after the volcano Taranaki, and it’s not hard to see why: Taranaki creates a huge bulge on the west coast of New Zealand.

In good New Zealand style they’ve defined a National Park around Taranaki with an almost perfect circular boundary, and it’s particularly stunning when seen from the air:

Why they can carve out a national park like this, of course, is because Taranaki is yet another remote region of New Zealand which has almost nobody living in it; talk to people in Wellington who were brought up there and they’re glad to have escaped!

Legend says that’s actually why Taranaki is here in the first place:one of the big seven New Zealand volcanoes, he reputedly fought with his mates (Ruapehu, Ngauruhoe and Tongariro) over the lovely Pirihanga – and lost the fight. In fact he was so disruptive that he was banished from the main group in the middle of the North Island, and was forced to live out to the west. 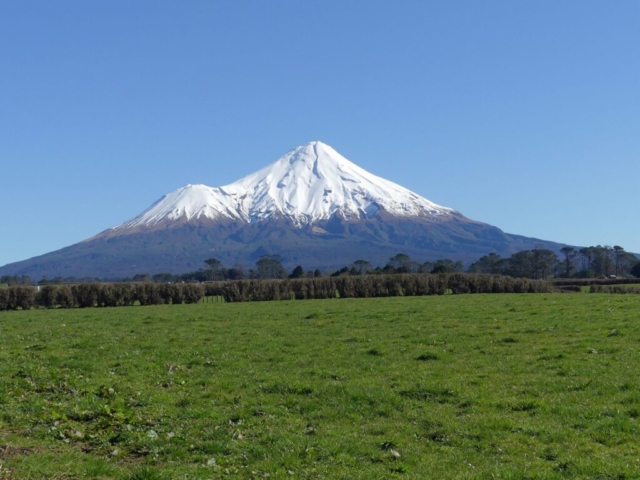 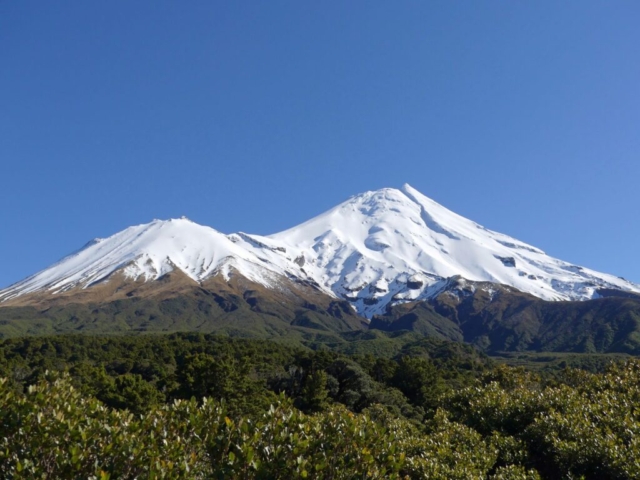 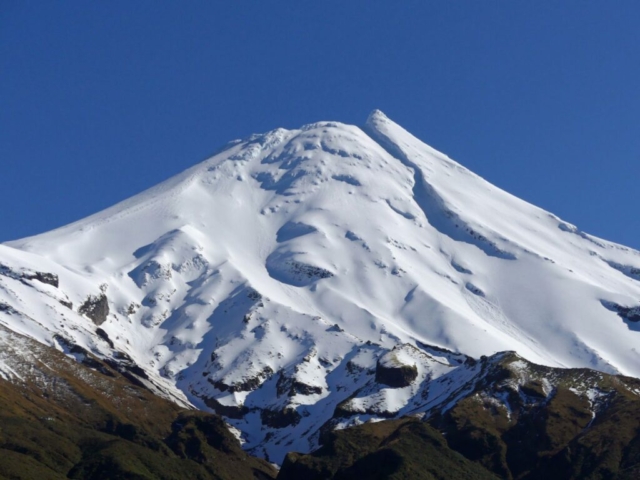 Once you’re there, it’s difficult to stop taking photographs, particularly at different times of day. So to do the trip properly, aim to stay overnight. If you’re desperate, get a camper van and stay in the car park; failing that, get a bed at the Dawson Falls Lodge, which is the main visitor centre for the park. The lodge is a bit dilapidated, but that seems to be part of its charm – the chance to get away from it all, have time to watch and photograph the volcano overnight, and to get up in the middle of the night to see the Milky Way in a crystal-clear black sky. And although the electricity is 1930s direct current and the Wifi connection is terrible, the Coconut Muesli is well worth going back for.

And here is a young Taranaki entrepreneur. On the road to isolated Cape Egmont he was stopping every car – I assumed to tell us there were cows up ahead, but it turned our he just wanted us to buy one of his signs. For sheer cheek I thought ‘go  on, you can afford it’, so I bargained him down to $10 for the sign and then gave him another $10 for the photograph. There followed a long conversation about how he and his dad make the signs from old packing cases, how he’d already made $40 that day, and how any money he made would go to more power tools… and all just because he likes power tools.

Priceless… and if you look carefully you’ll see one of these signs has the mountain the wrong way round!