Wakarewarewa is Rotorua’s big geothermal park. It used to be the place to go to, but it seems to have become over-popularised and rather expensive. The Maori theme park next door, Te Puia, has also become an expensive ‘experience’; so the whole combined thing is a bit of a tourist trap. And the tourists keep coming.

When I was there in 2018 the rain was coming down in torrents; since both parks are largely outdoors I didn’t fancy it, so photographs here are from 2000.

Firstly a couple from the Maori park – I’m sure these days there’s a vast amount more to see. The little house on a pole is a Maori food store, set up high to keep it safe from marauding animals (or at least those animals that were traditionally native to New Zealand, which wasn’t many!) The larger settlement represents a Pa – a word which combines ideas such as village, settlement, fortress, market and general centre of things. 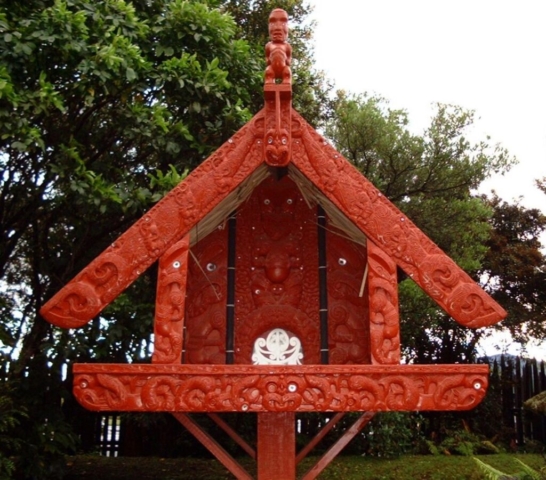 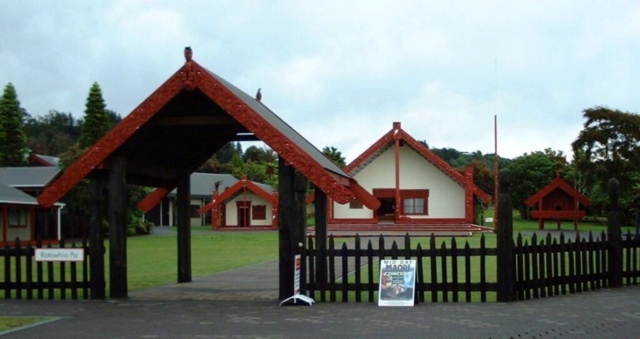 And then the Whakarewarewa geothermal park. It’s a mix of Craters of the Moon and Hell’s Gate, and these days I’d recommend people do either or both of them instead; but here goes… 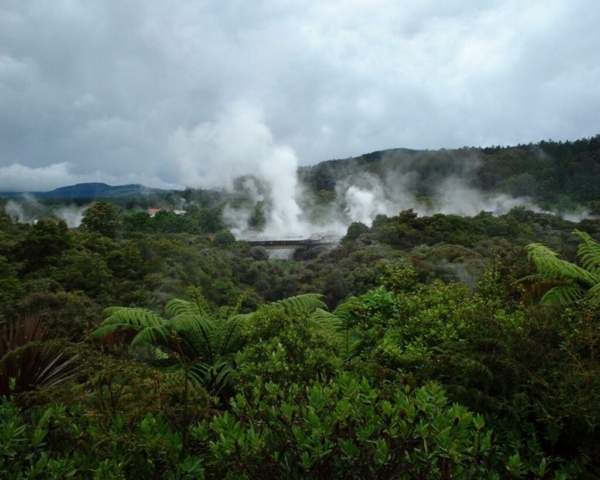 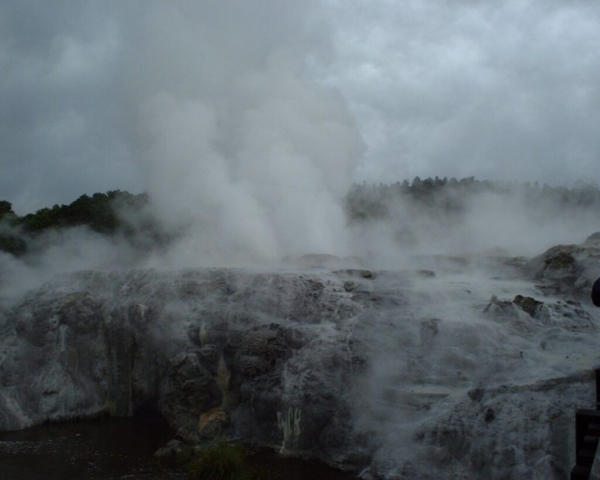 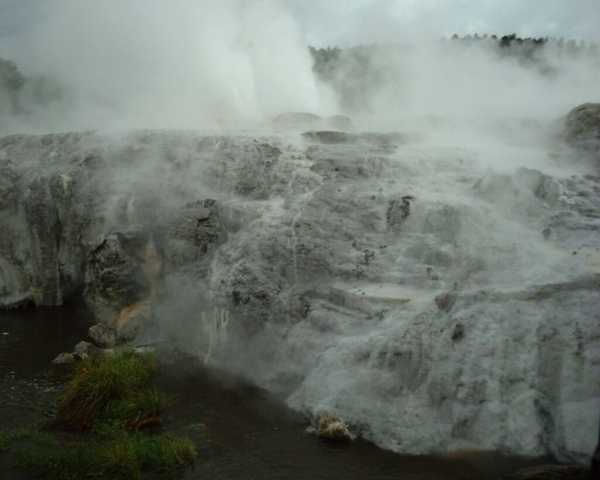 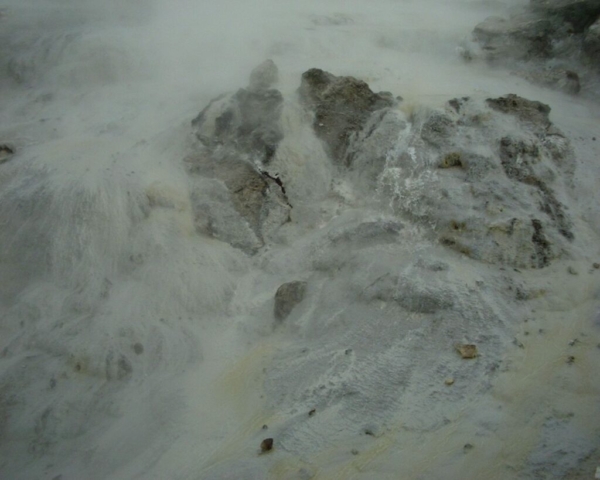 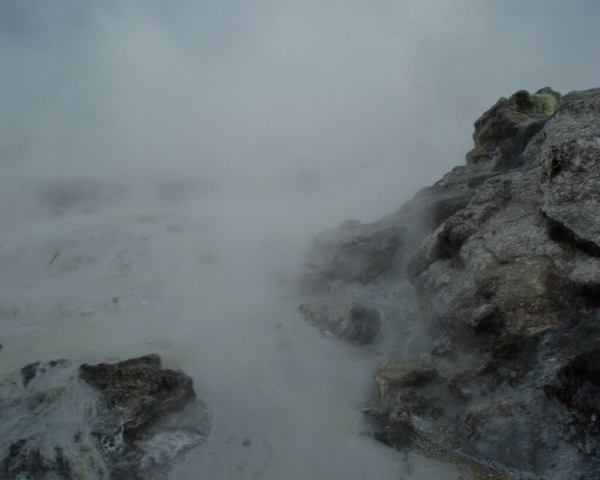 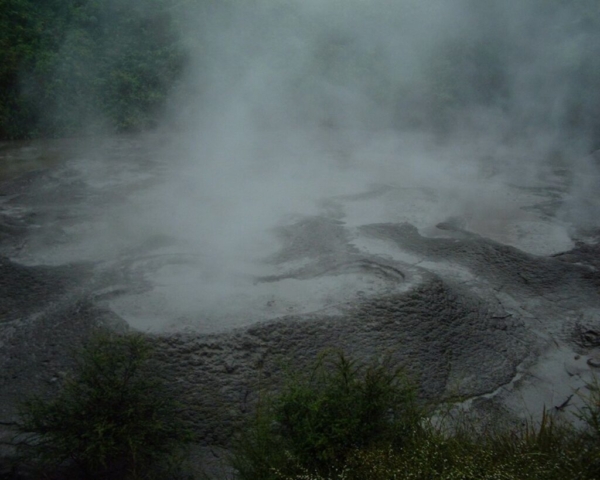 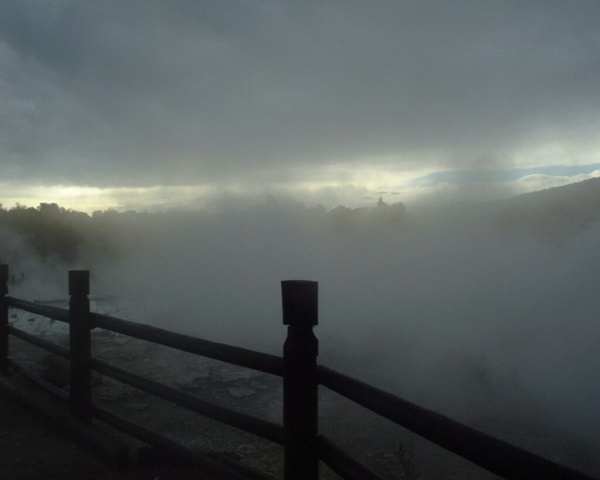 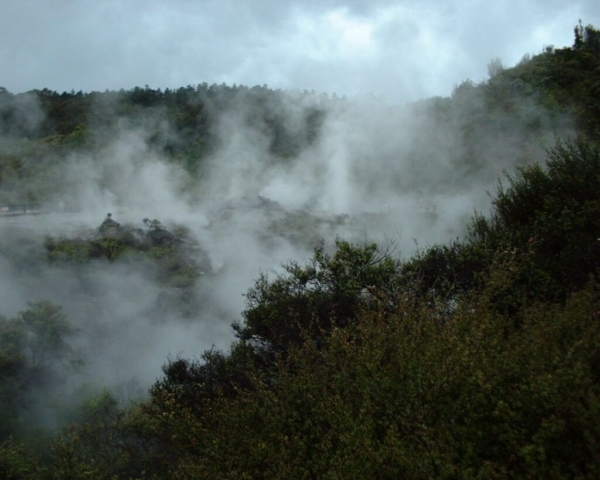