Woolly indoor people like me wouldn’t naturally stop at the New Zealand National Army Museum, even though I work for them – but this one is very popular with the NZ public. Perhaps that’s because it’s the only decent stop in the middle of the High Desert drive and and it has signs all along the way saying ‘Kids driving you crazy? We’ll sort them out.’ 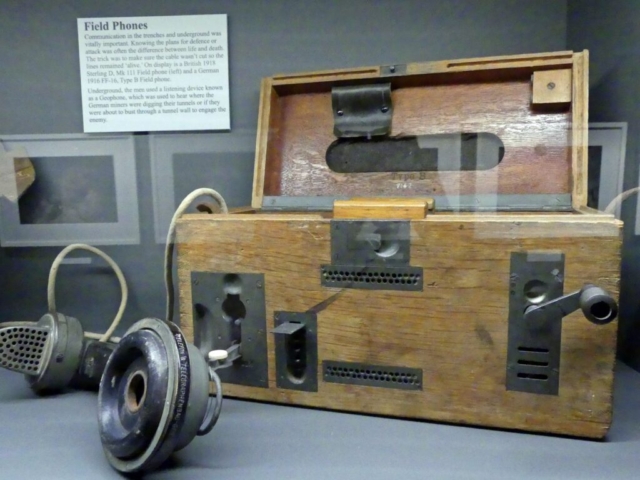 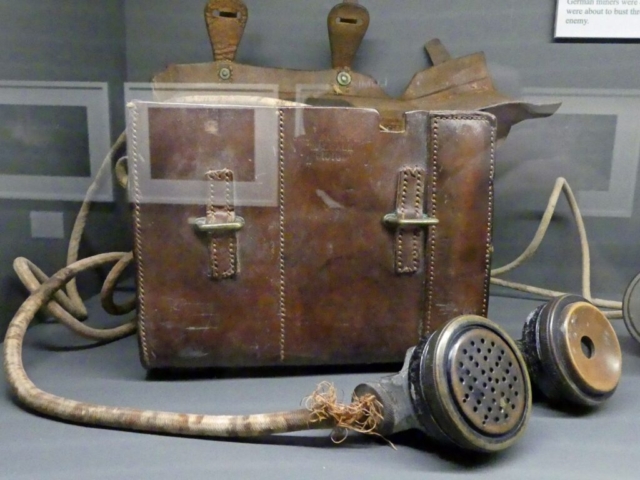 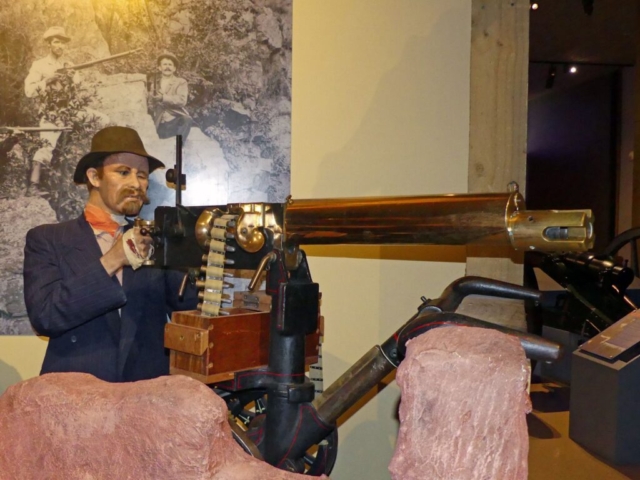 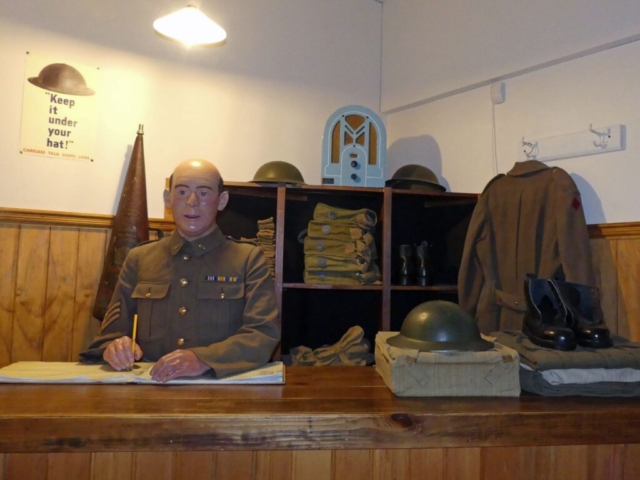 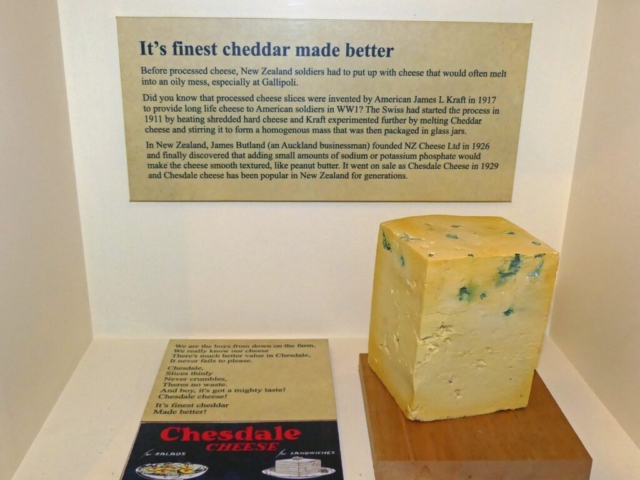 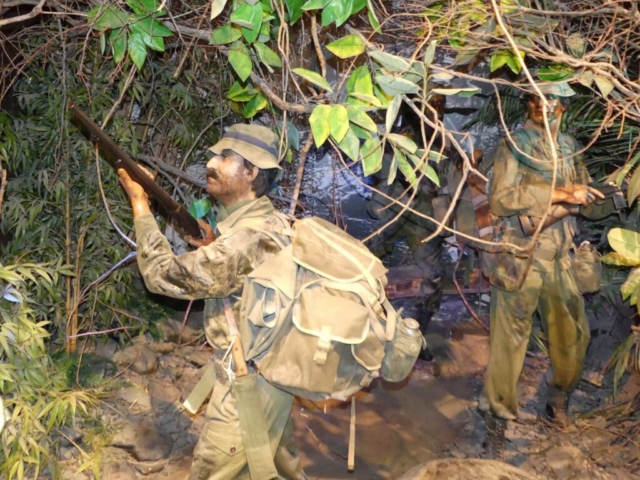 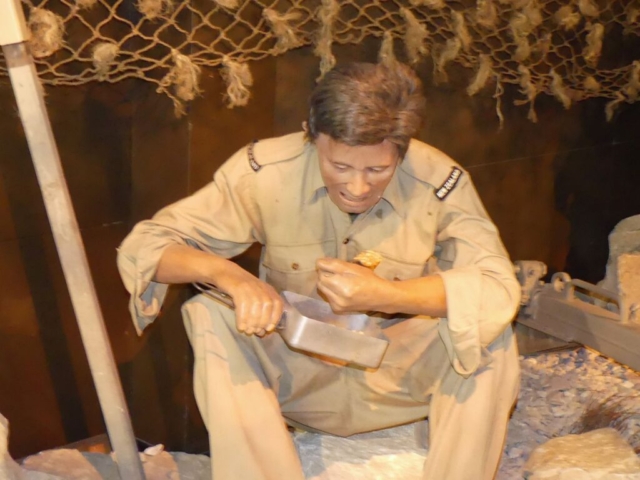 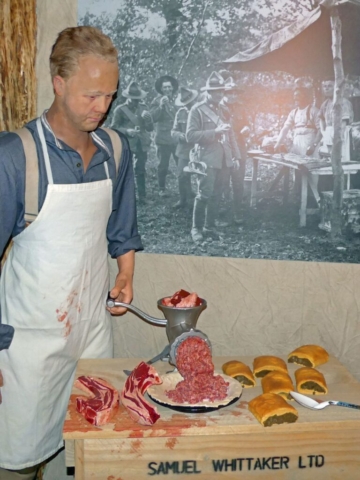 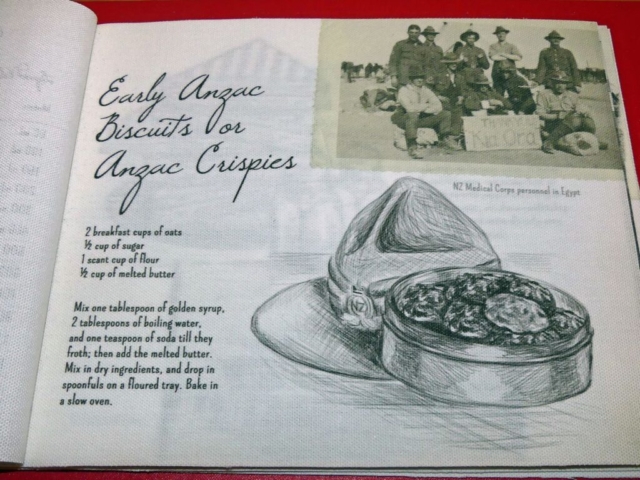 The museum has a lot of tanky-things that you can climb on, and gunnish-things that you can pretend to shoot. It also, if you’re up for it, provokes serious consideration on what war is all about, what an Army is for (actually far more than just fighting), and how it all fits into NZ’s history and culture. NZ has traditionally liked to ‘make its contribution with the big boys’, but also sets itself up as a serious peacekeeping presence on the world stage and particularly as ‘A Force for Good’ in the South Pacific. That presence can rightly, at times, involve armed NZ personnel who know how to use military practice to defend others and themselves. But there’s also the embarrassing fact of historic conflicts between incoming European settlers and the Maori; some of these turned quite nasty and are recorded as military conflicts: the Maori Wars, the Maori Trouble of 1861, etc. The NZ Army of today is a mixed force and honours Maori ceremony very seriously, some of it of course drawing on war-fighting elements in Maori culture which map well into the nation’s view of itself.

That said, I recall very little actual Maori culture in the Museum, but I do recall a lot about food – perhaps that’s the real story of a soldier’s life. Particularly featured is a NZ speciality, Chesdale Cheese, known as ‘Cheddar made Better’. ‘Badder’ might be more honest, and the whole write-up about processed cheese is enough to make you sick – but there we go. Be assured there is plenty of excellent cheese available here, just don’t buy Chesdale.

The other thing I recall is the brutalist concrete building that houses the whole enterprise – the Kippenburger Pavilion, named after Major General Sir Howard Karl Kippenberger who wrote the official history of New Zealand in the Second World War. Whether the choice of this style was just a random decision or an attempt to frighten the public isn’t clear, but with its concrete-and-green decor it’s obviously not a primary school. But the cafe is excellent.

And lastly – just over the road is the public toilet. And look – it’s in the same brutalist concrete style! Deep joy! 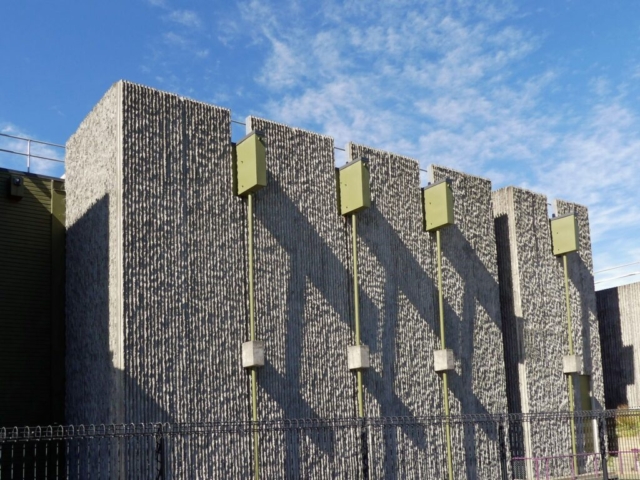 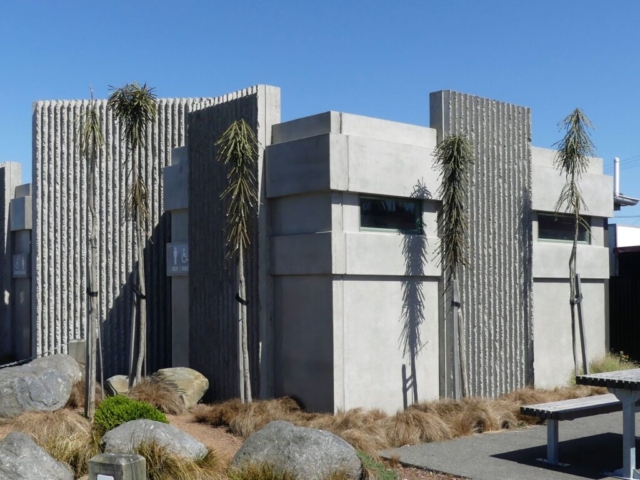