I like Wellington Cathedral a lot as a building; I don’t say quite the same for its congregation or its outreach. But this is a report on the building itself… if you want a view on the actual worship experience, see my Mystery Worshipper Report.

The Cathedral is, of course, one of New Zealand’s Concrete Churches, albeit a rather big, pink one. It also fits the definition of Brutalist, though that may not be obvious at first sight. The first response of many people, particularly British visitors, is ‘ghastly’ – but I rather like it. Given that traditional stonework and brickwork are useless in an earthquake-prone country, and wooden churches have a terrible record with fire, it’s difficult to find anything else that would be a better material. These days there’d be more metal and glass to break up the impact of all the concrete – but if you want a big meeting-house with a tower, you’re probably going to end up with something quite like this.

The aspect I don’t like is all the twiddly detail in the surroundings and tracery of the windows, the silly detail on the external pulpit, and all that stuff. There’s a suggestion it’s an attempt at a Spanish Mission style – but why? Perhaps some of it echoes Pacific imagery – but it doesn’t do it very well. But that said, the photos here from a distance make it look rather good. 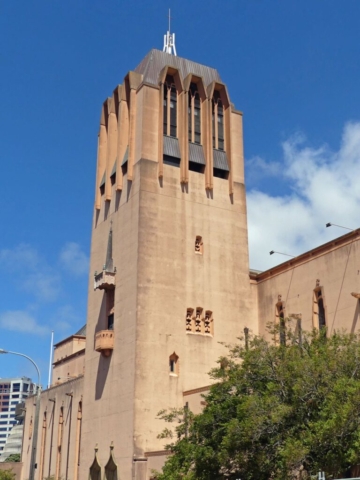 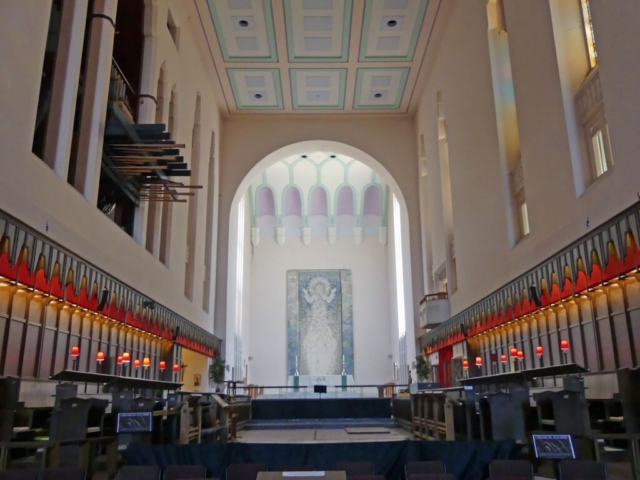 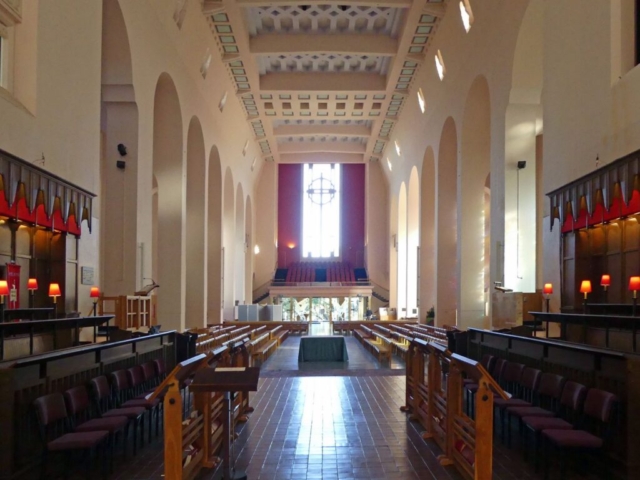 One of the treasures of the Cathedral is the Holm window, a memorial to John Holm, a Wellington merchant and sea captain. Given that St Paul himself travelled the Mediterranean and had various ship-board and ship-wreck adventures, the window is a lovely portrayal of Holm’s three ships, the storms of life, and St Paul himself as the Cathedral’s patron saint. 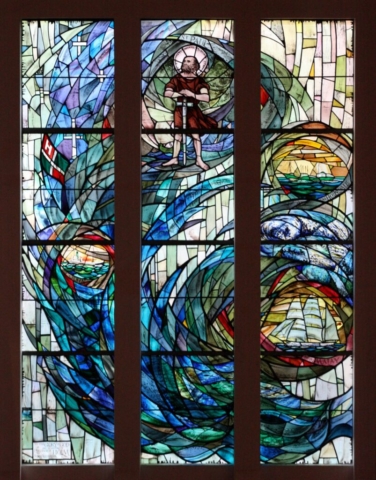 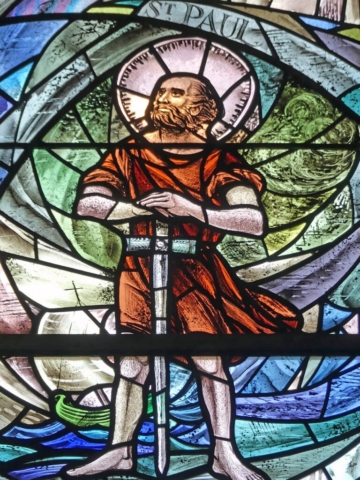 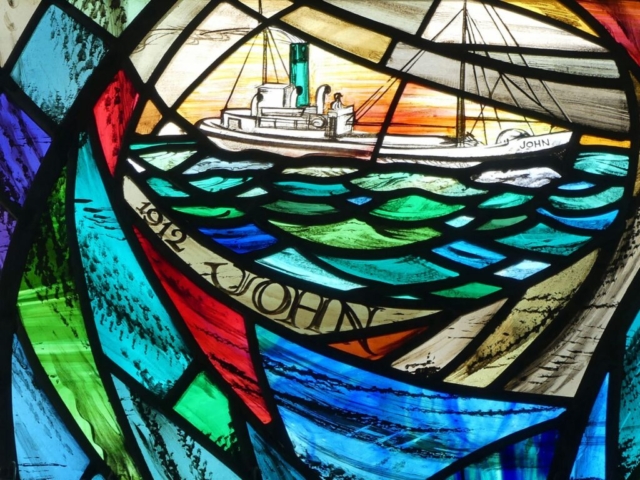 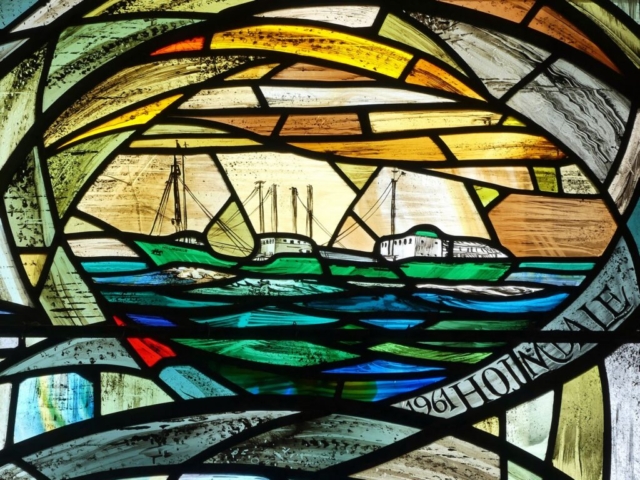 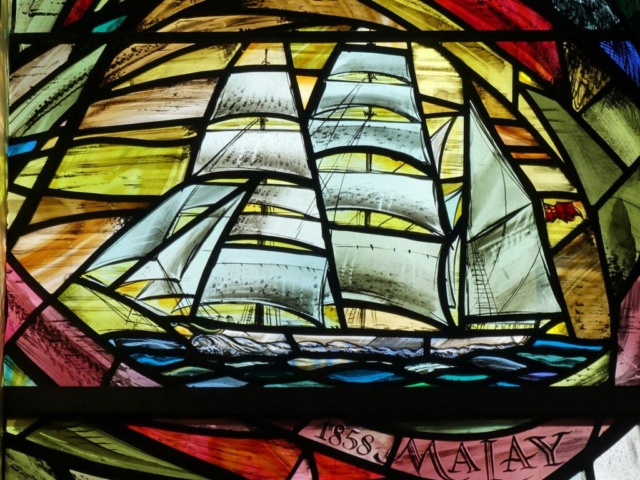 Round the back of the main cathedral, and a complete contrast to it, is a small wooden church rescued from closure elsewhere and moved here in good New Zealand style. It’s a delightful place, used as a chapel for smaller services. 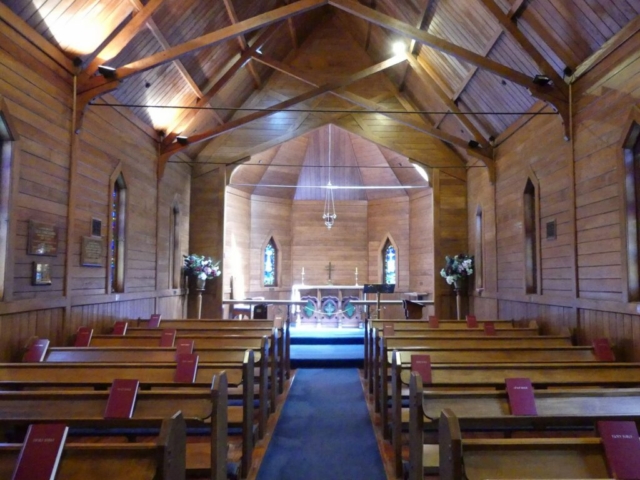 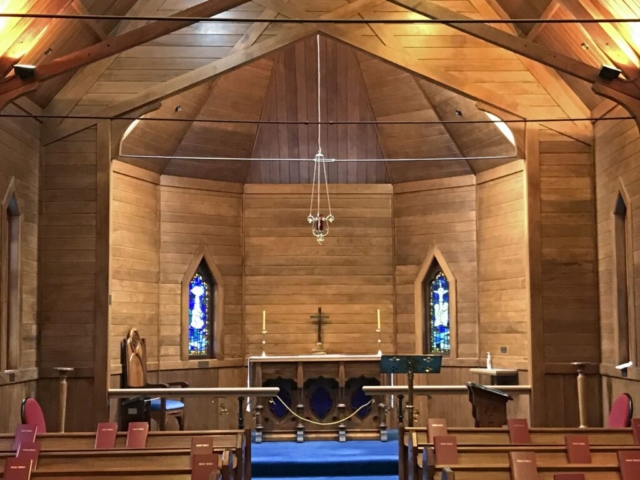 Apart from the Holm window most of the coloured glass in the main cathedral is not very exciting; but in the ambulatory round the back of the chancel there’s a lot of bright and attractive work. It would seem over-the-top to put 50 photos on the web so here are just 6… 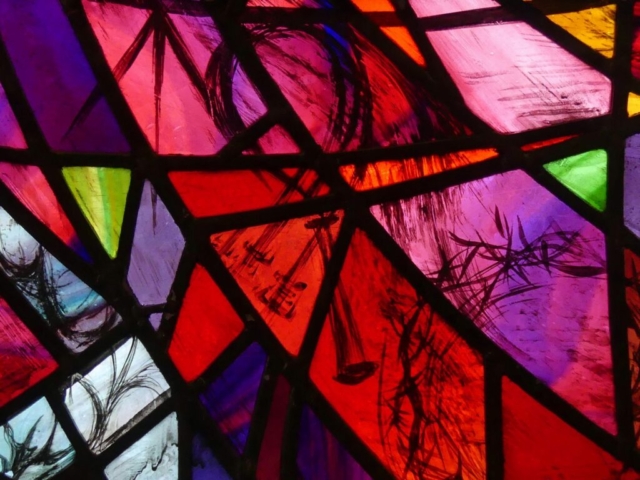 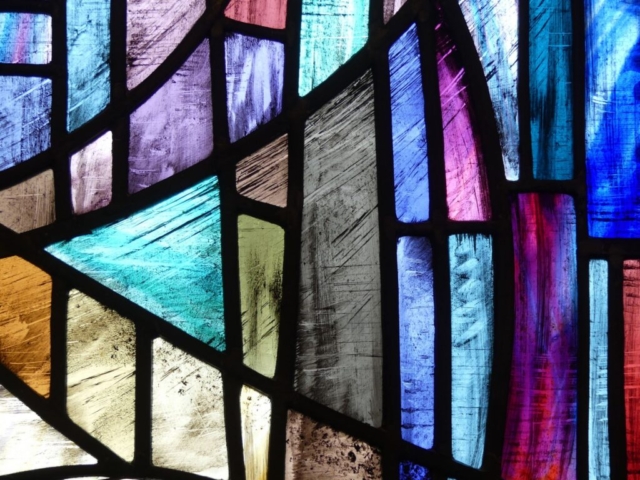 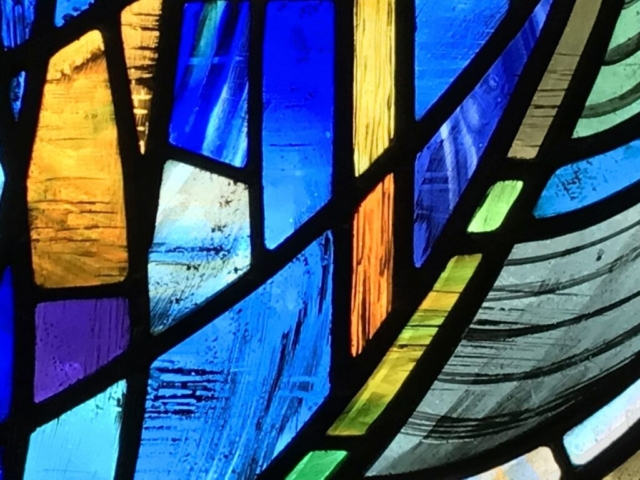 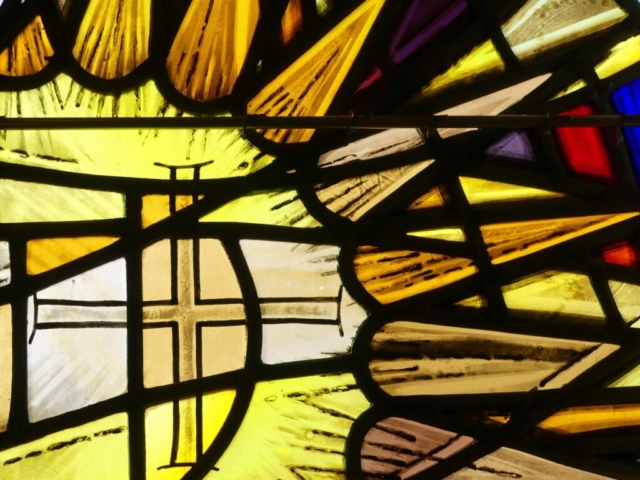 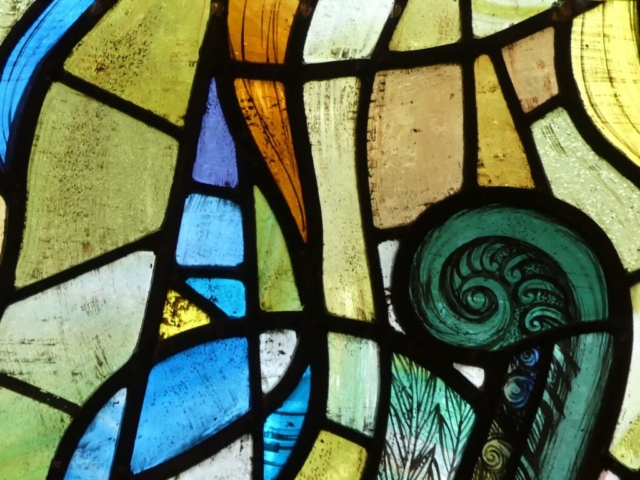 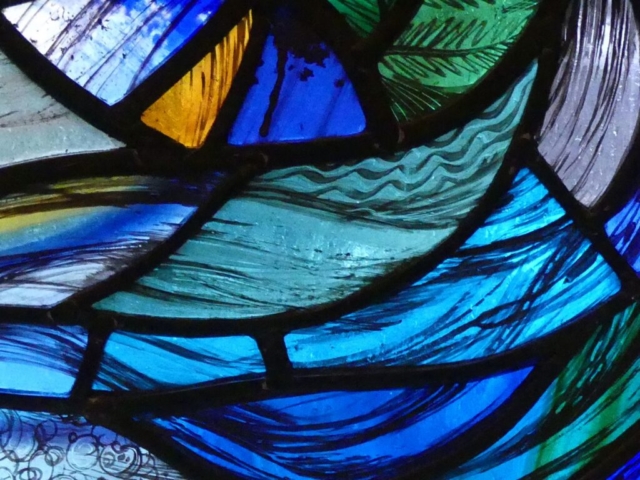