Captain Cook had his doubts, and he was right: this is not the place you should choose as an entry-point to New Zealand. Even these days you have to make land, cross over the hazardous Wilmot Pass, make another boat trip on Lake Manapouri and then take a bus trip to Te Anau before you can get a good cup of tea. Doing the tourist thing, of course, you do it twice: start at Te Anau, go all the way to Doubtful Sound and then come back again – and it all takes 8 hours and is pretty tiring. But it’s worth it… oh yes, it’s worth it. 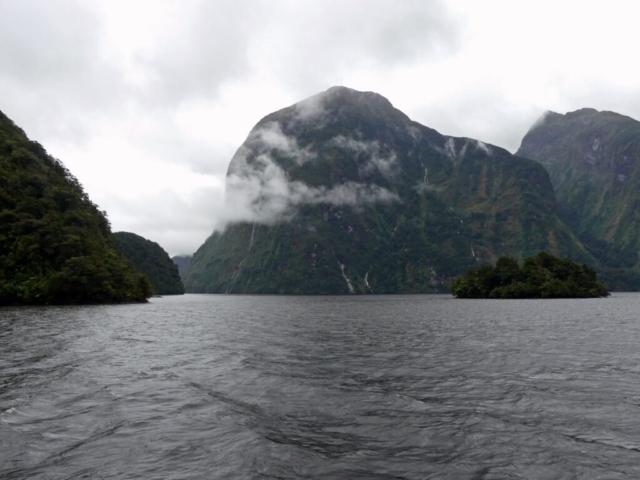 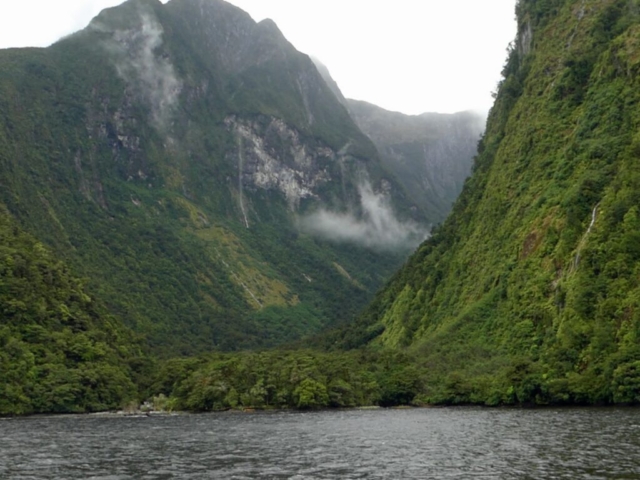 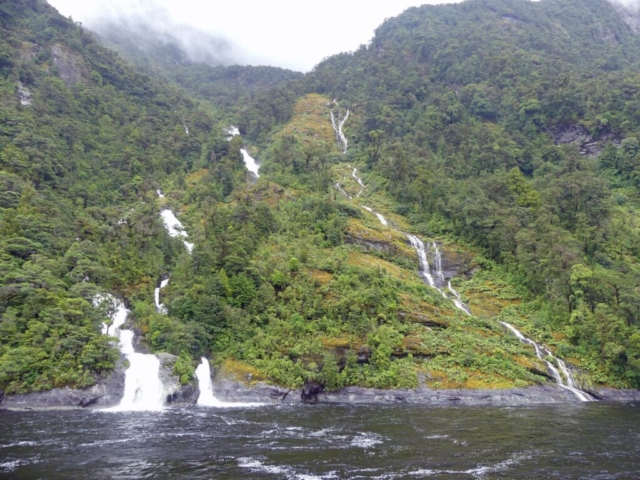 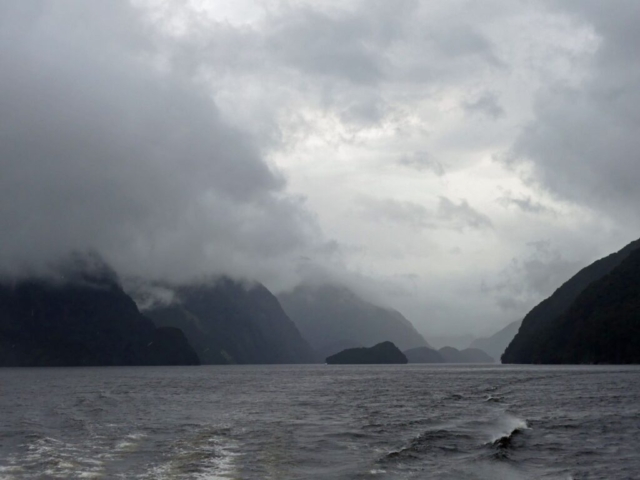 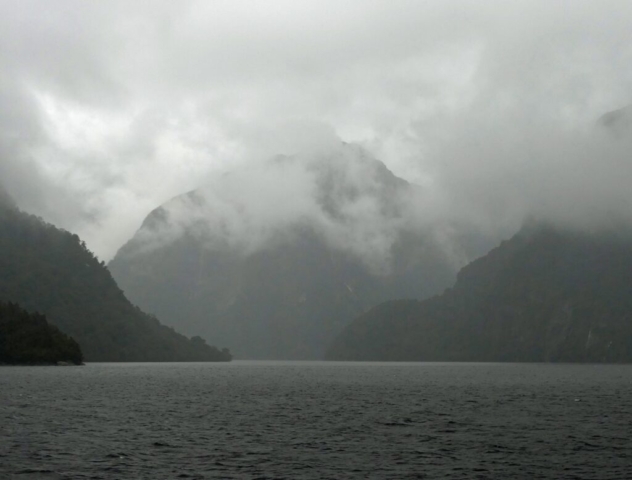 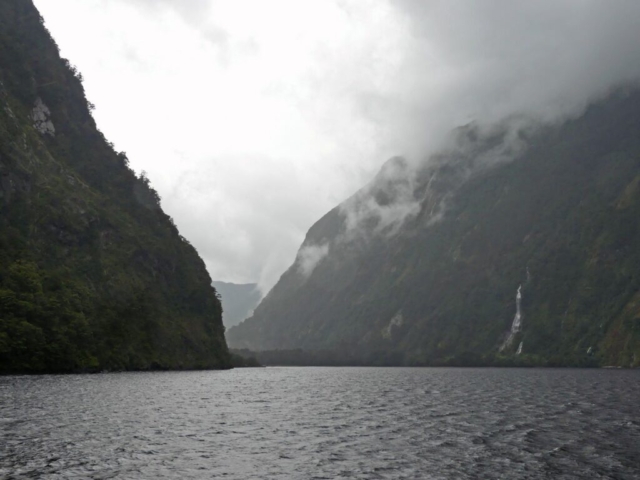 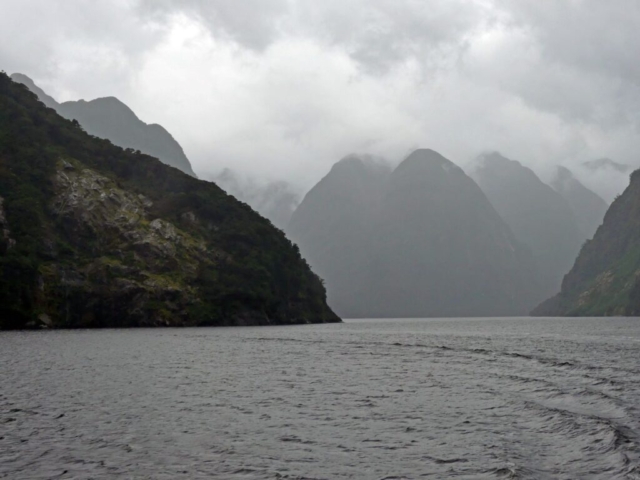 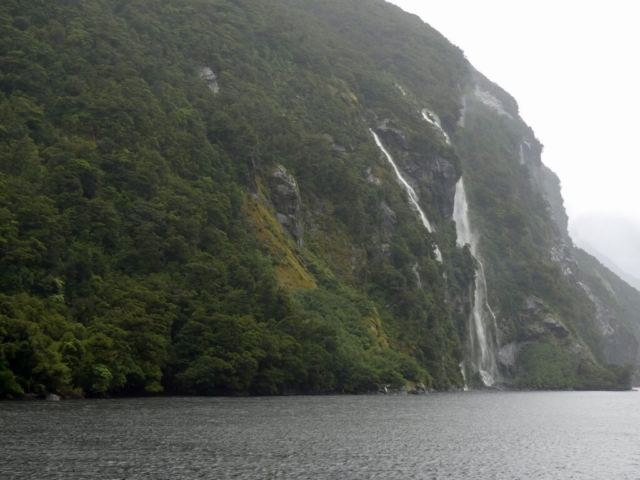 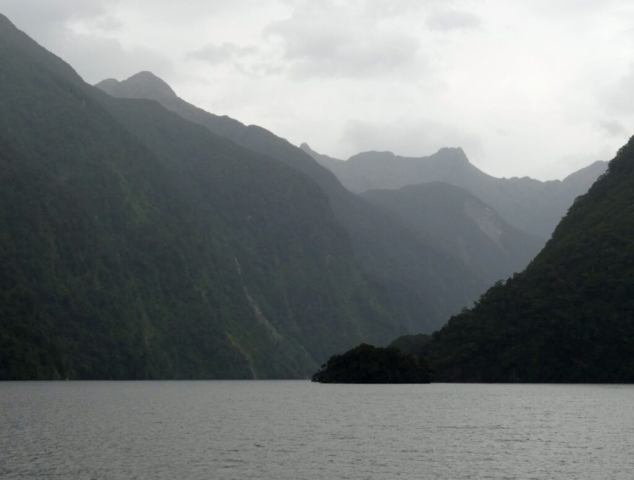 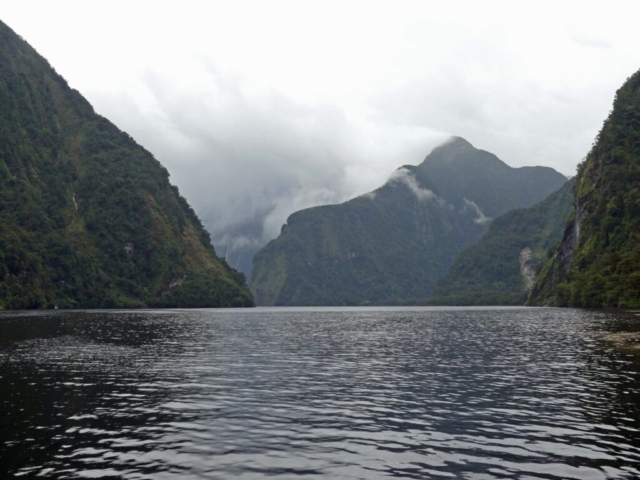 When I visited there had been torrential rain for a few days, so although we didn’t have bright blue skies the guides told us ‘these are the best conditions to see it.’ Hmm… they would say that. But certainly the waterfalls were in full flow, and the place had a wonderful air of mystery and creepiness about it that it would have lacked in strong sunlight. Very Harry Potter, or Lord of the Rings – except that this being New Zealand the boats and buses were superbly organised, the guides were friendly and helpful, and the whole experience was just great.

Unfortunately at the same time the smaller (and easier to get to) Milford Sound had been completely rained-out. The visitor centre was under water, the access road was out of action, and some 300 tourists had had to be evacuated by helicopter. The next day Te Anau was cut off, and by the end of the week the Mataura River had flooded and cut off the whole of the bottom of the South Island including the city of Invercargill. Which all goes to say ‘natural disasters happen in New Zealand… don’t take anything for granted.’