Invercargill, ‘city on the edge of the world’, seems to be struggling. They’re knocking down part of the city centre and rebuilding, presumably believing in the trick of handing it over to a property developer who will charge the city handsomely for the privilege, make dodgy money for a while out of a trashy entertainment economy, and then make the city pay again when it all goes bust. But something needs doing: in truth, it’s all in a bit of a state.

That said, we must admire the Water Tower, since this is the building the city itself uses to define its ‘brand’. It is indeed rather spectacular, having been deliberately commissioned by the city council of its day as a thing of marvel and beauty, better than what most other towns would have. Wellington has the biggest statue of Queen Victoria, Invercargill has the grandest Water Tower.

Beyond the Water Tower, though, the blight seems to have spread to the rest of the city too – it’s all just very dull, and a lot of it looks tired and run-down. Southland Museum, the ‘big attraction’, and rather unique as a huge white pyramid, is closed – supposedly for earthquake-strengthening, though there’s a feeling of ‘closed until further notice’ about it. The museum used to have a Tuatara (one of New Zealand’s unique creatures) but I didn’t get to see him on this trip.

Half of the main park is also closed; the rose garden was well past its best, and the Winter Gardens (greenhouses) were shut. Happily I managed to photograph the park gates (which they are very proud of), and a model of a Tuatara.

Even the churches seemed to be going out of business… which is saying something in a city with strong Scottish Presbyterian and Catholic heritage. But the Catholic Basilica is closed for earthquake strengthening (and looks like it needs about $5M spent on other repairs), the big St John’s Anglican complex is abandoned, and although First Presbyterian Church is functioning I got an unwelcoming ‘no’ when I asked at the office if I could go in. Here, then, are the few photographs I managed:

And on top of all this – trying to get out of town after a day there, I got turned round twice by the terrible floods that cut off the whole of the bottom of the South Island. I can honestly say from experience that ‘three days in Invercargill is two and a half days too much’. But here are a few decent public buildings, just to show I didn’t completely waste my time there: 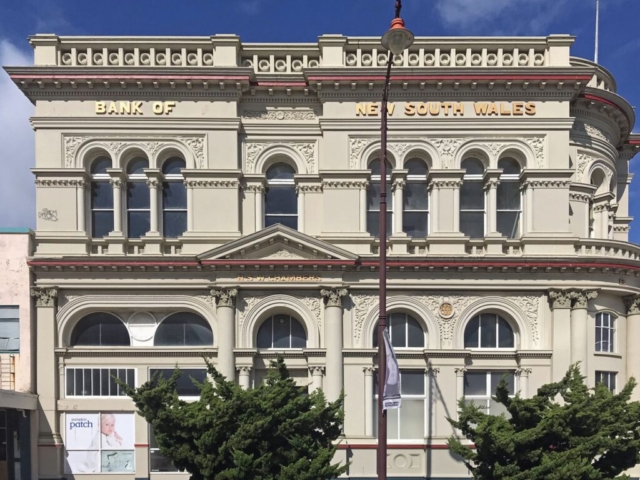 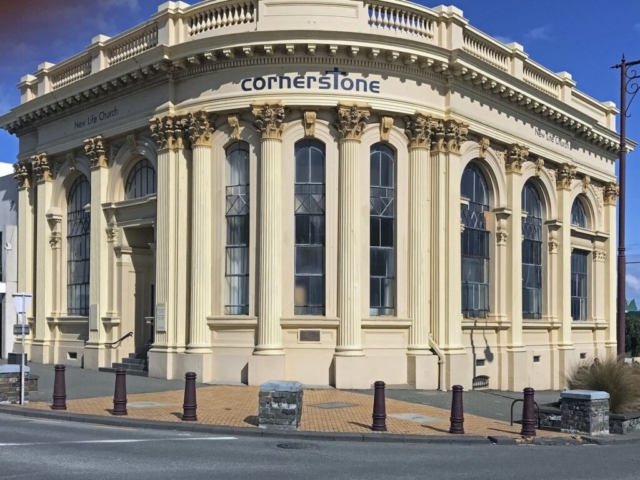 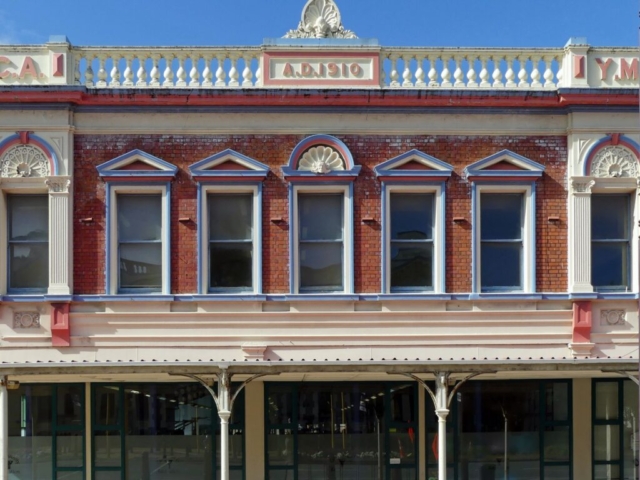 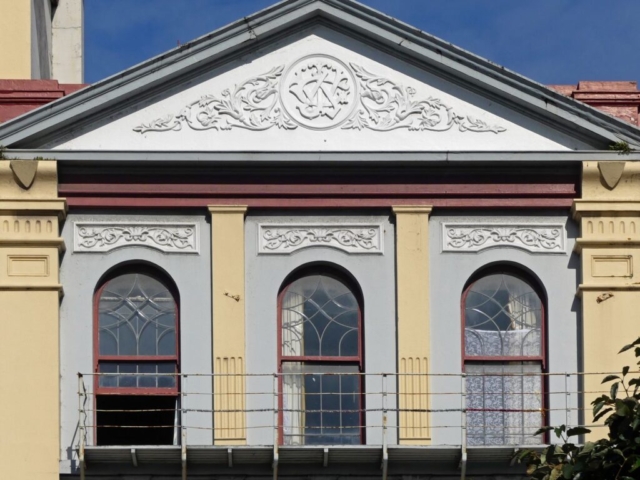 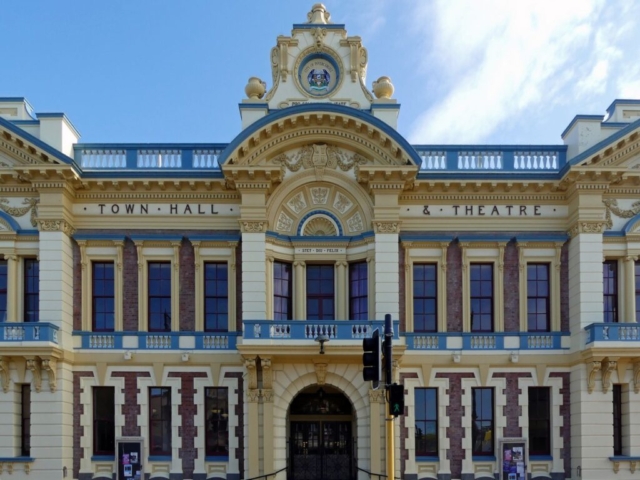 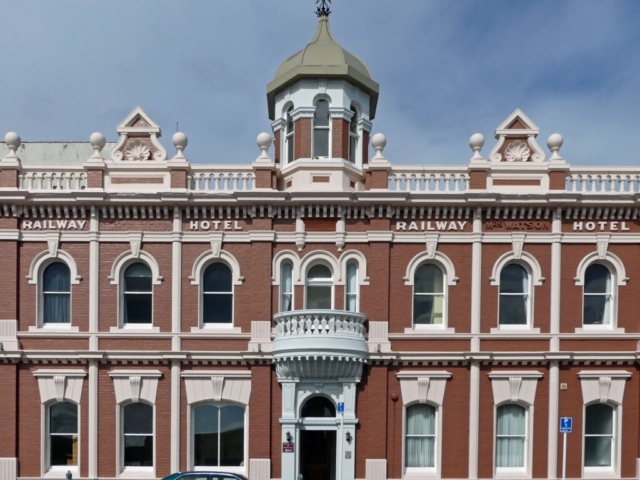 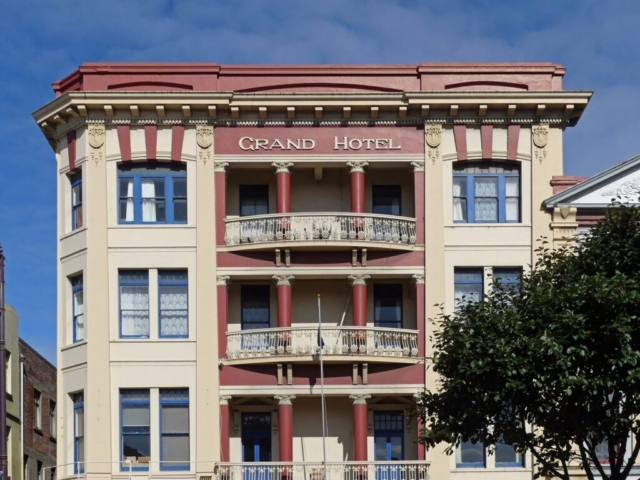 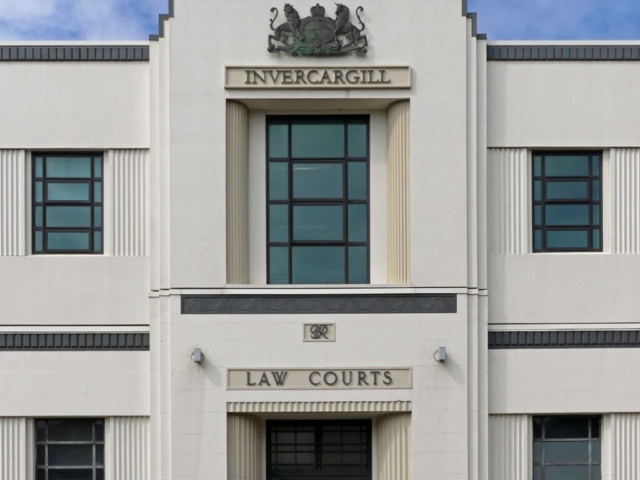 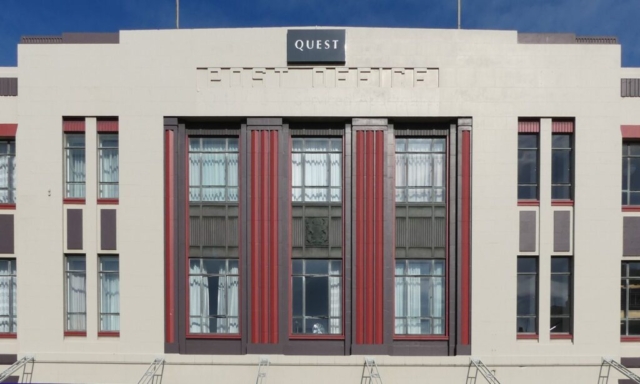 Lastly here are four little figures I found in a bakery. On Waitangi Day (National Holiday) there seemed to be nowhere at all open for lunch, but one bakery was doing a roaring trade. Couplands seems to deal entirely in the kind of sugar and white flour disasters that modern society tells us we should stay away from – and indeed the sandwiches I bought weren’t even very good – but they do have a charming little animated display: