Shantytown is a reconstruction of a Victorian gold rush town near Greymouth. It’s not quite Beamish, but it’s amazingly good.

Any such museum must, of course, have a steam train. When I visited, the engine was the wrong way round: it was pushing the carriages when it went forward, and then pulling them when it went backward. But the carriage-full of Japanese and Indian tourists were loving every minute of it.

There’s an old post office with a nice collection of early telephones and telegraphic equipment; and a reconstructed Bank of New South Wales. The manager’s office was tiny but probably forbidding enough if you were asking for a loan! And a really unexpected thing was the smelting room (actually just a door to it) where the bank’s own staff would have bought ore and metal from the local prospectors, and would have tested it for purity.

The main street is nicely laid out and manages to look fairly authentic despite the picnic tables and umbrellas. The town is modelled on a real town called ‘No Name’. Although it didn’t officially exist, this place apparently had 4000 Chinese prospectors as well as lots of native ones, and had various churches, taverns and a postal service!

For an extra $3 you could try panning for gold, but although the museum guaranteed you’d find something there was no certainty of a fortune. Rain threatened, so I declined the offer.

They have a large schoolroom set up, presumably so that children of today can go and try it out… and they have a glorious old cash register. Even New Zealand used to operate in Pounds, Shillings and Pence – but they switched to decimal currency some way ahead of the mother country.

And there’s a lovely old house with a parlour and a library; and lastly a barber’s. 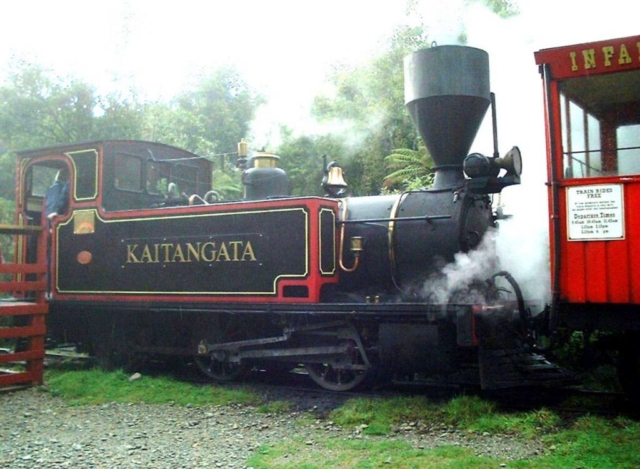 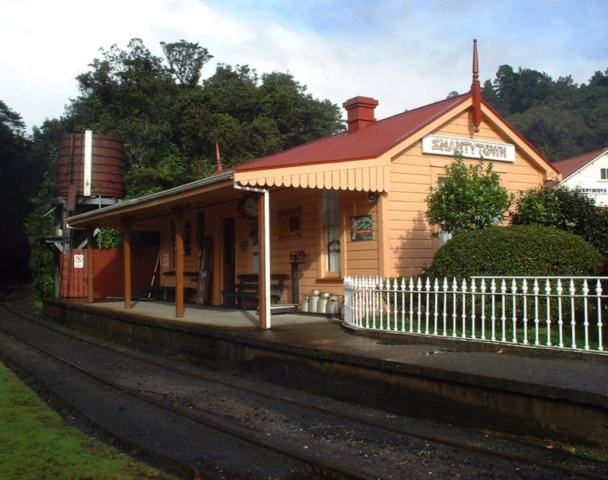 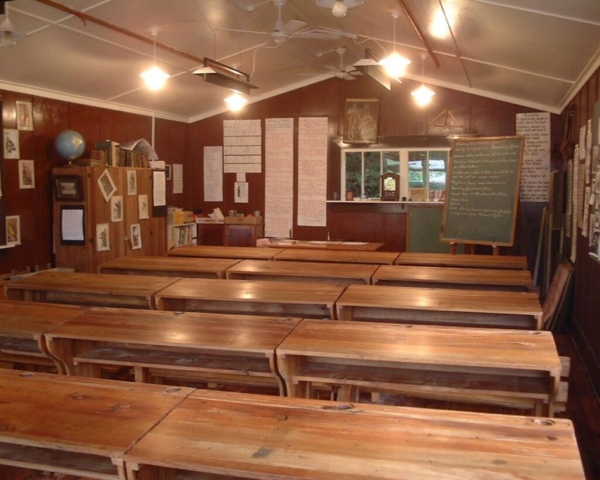 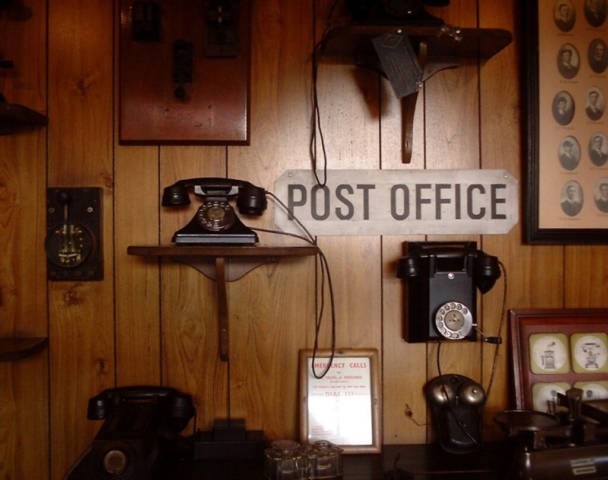 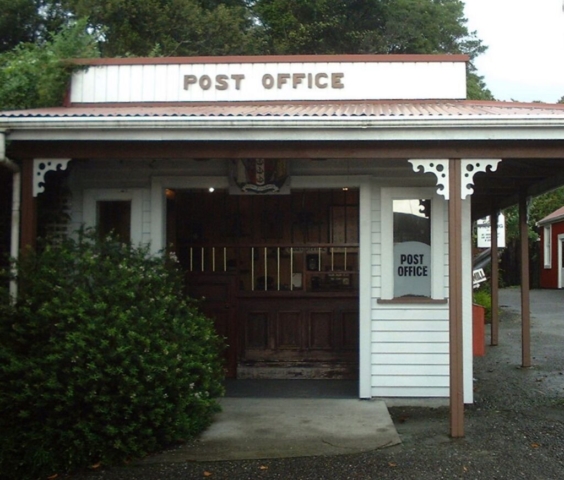 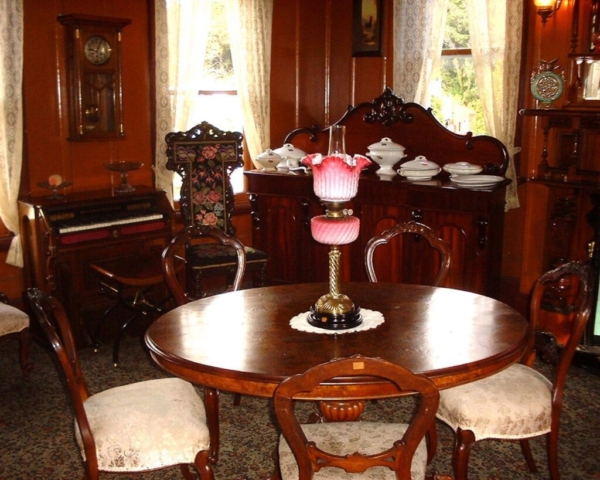 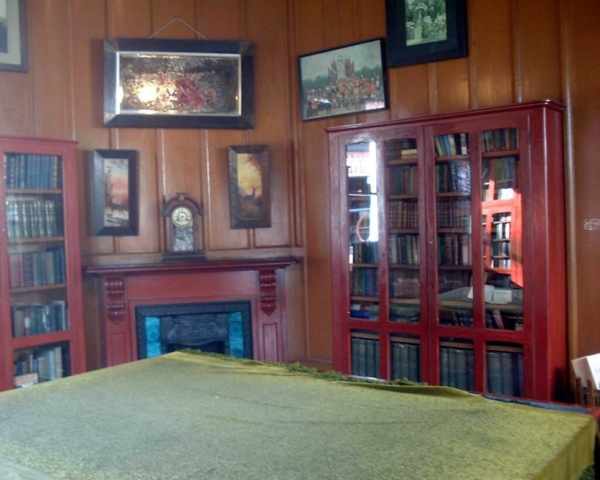 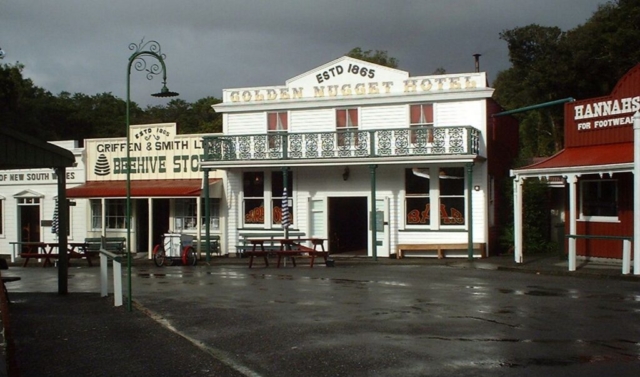 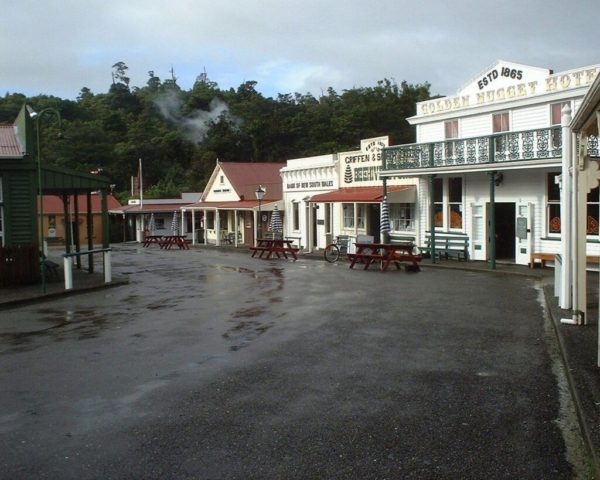 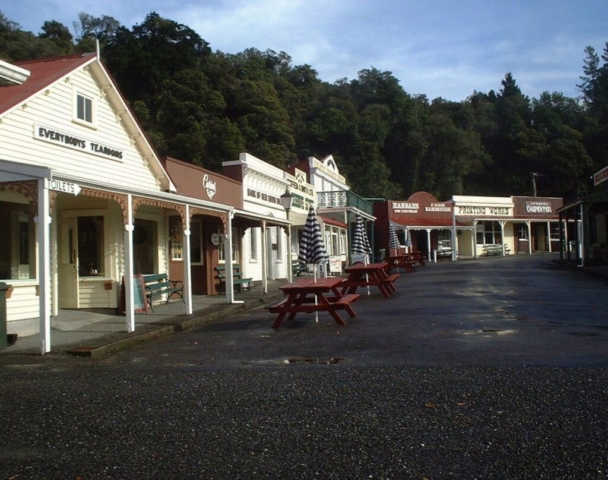 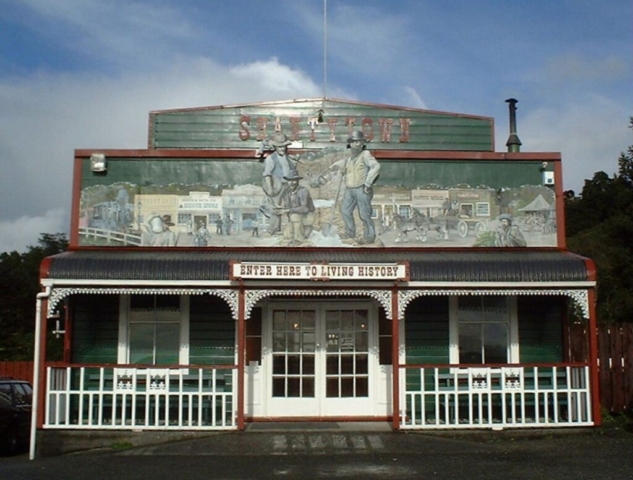 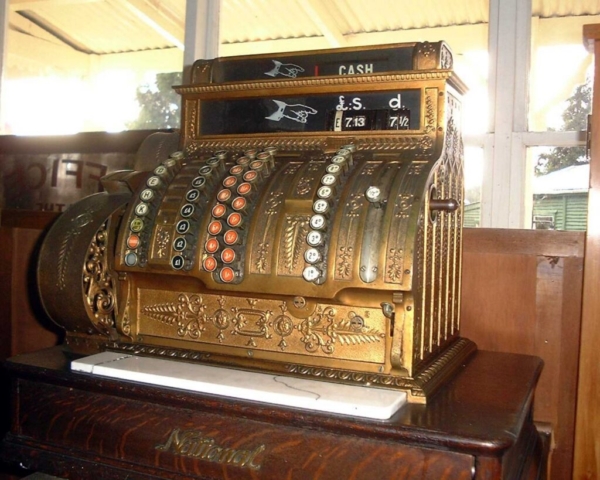 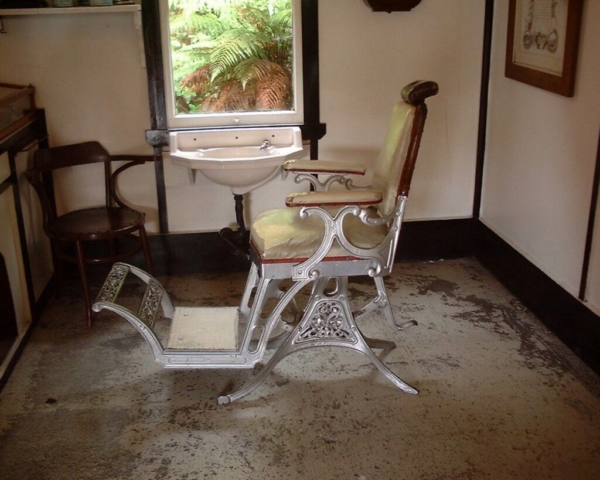 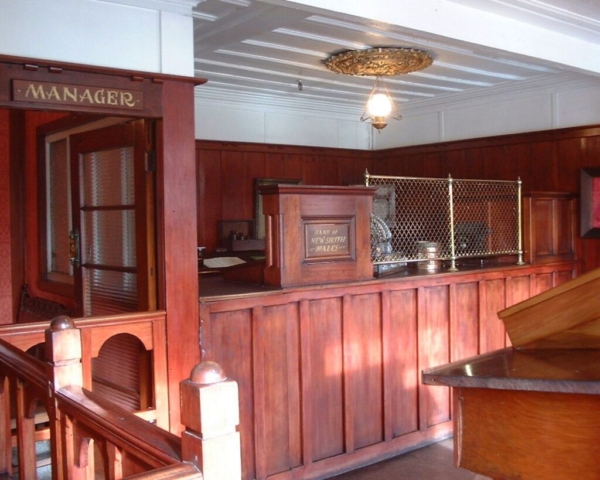 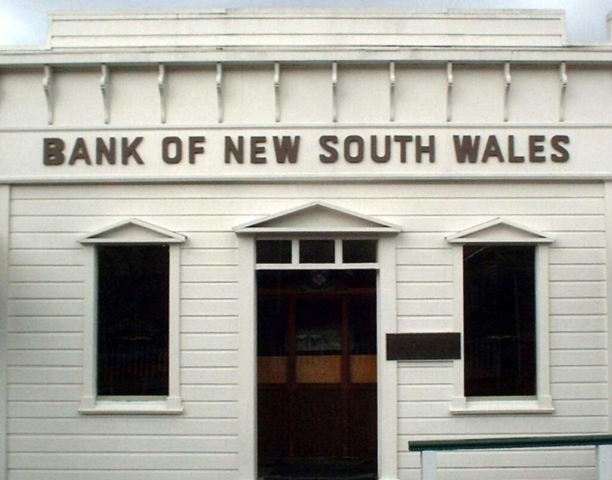