Blenheim has probably always been a pleasant town but has particularly become so since the discovery that grapes can grow well in Marlborough. Certainly any work-trips I’ve ever made hereabouts seemed to end at mid-day with a long lunch at a local vineyard…

In Blenheim the road pattern seems completely illogical, perhaps because the region’s main industry is wine-making! The town has some nice features including a bandstand. 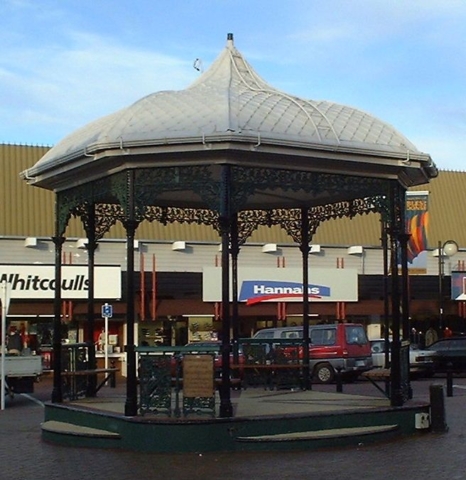 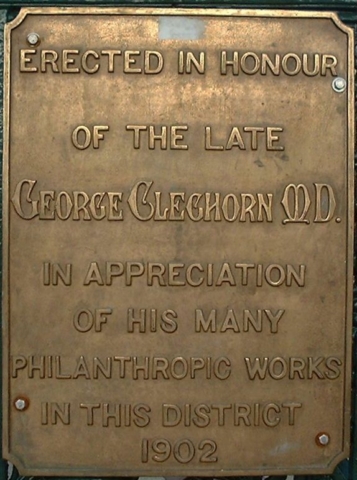 The bandstand is of particular interest to me because it was erected in honour of a Dr Cleghorn. Cleghorn was my mother’s maiden name: and just like Saxelby, we’ve always assumed it was a name without any fame at all. In fact there are lots of Cleghorns in Australia and New Zealand, reflecting the name’s strength in Northumberland and the Scottish borders, and the large numbers of people who emigrated from that area.

Blenheim also has a rather fine memorial clock tower which bashes out the Westminster chimes on the quarter hours. It’s not quite Big Ben, but it’s close enough for 12,000 miles away.

There are a few modern New Zealand artists who seem to be everywhere in galleries and museums. Ian Scott is one – I’ve seen his work both here and in Wellington. He seems to be combining touches of Mondrian and Maori, claiming these ‘demonstrate how Mondrian’s ideas translate into a New Zealand culture’.    Personally I’m not convinced: although they’re pleasant patterns they seem to me rather repetitive and boring, and to invoke Mondrian’s name over them seems a bit facile. In his favour, though, Ian Scott has at least given attention to painting accurately and getting his edges straight, using acrylic paint and masking tape – unlike Mondrian, whose edges are always a disgrace!

He also claims some of the lattices are ‘hot and vibrant’, while others are ‘cool and reflective’. It’s not difficult to see what he means, though even a child knows that some colours feel hotter than others: I suspect his point would be stronger if he’d also varied the forms of the paintings a bit more. Still, it sells in New Zealand… 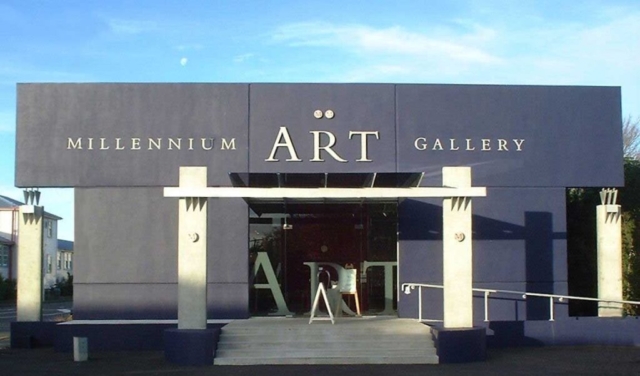 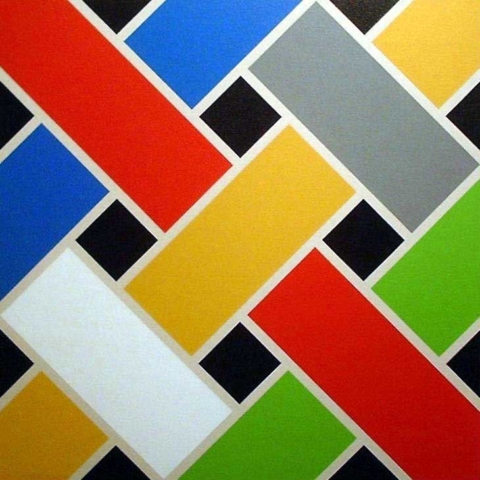 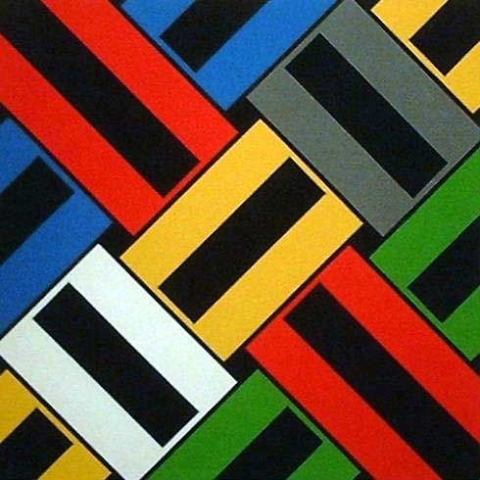 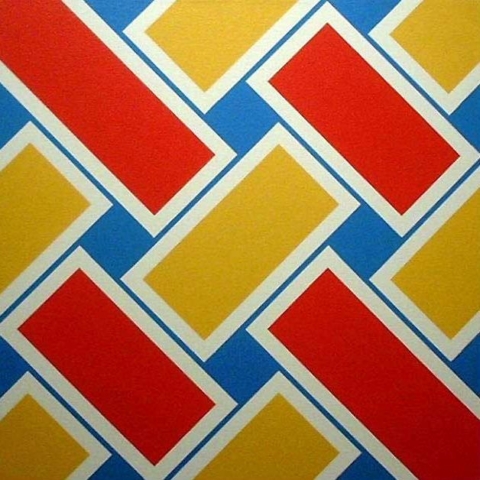 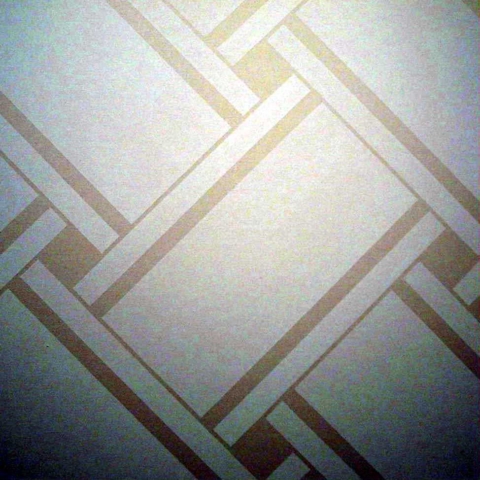 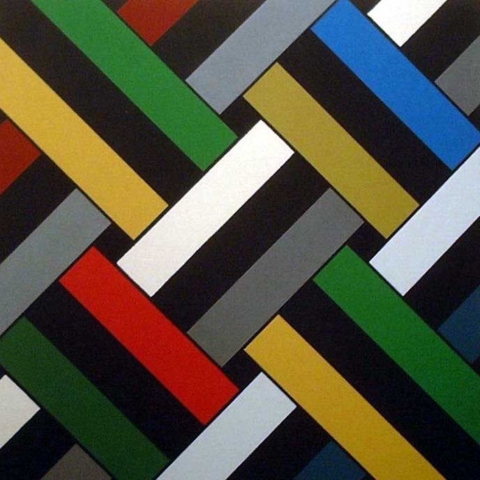