Nelson Cathedral is pleasant though it has one obvious flaw: it lacks a top half. Having been planned in an English gothic style, tastes changed and money ran out, so it’s been finished off in a truncated form. Still, I guess half a cathedral is better than none, and it does have a good set of ancillary buildings including a bell tower with just one bell. Given that many cathedrals take hundreds of years to build, maybe this is a natural state in their development; and perhaps in New Zealand the better understanding of earthquakes makes it sensible not to stick an elaborate gothic structure on top.

Inside, the cathedral has a rather nicer feel to it. It’s still obviously an “English Cathedral that’s been chopped off half way up”, but old and new are mixed in a way which seems to work. 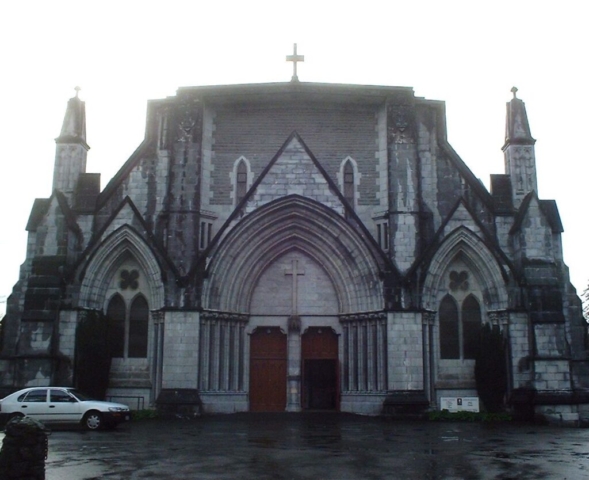 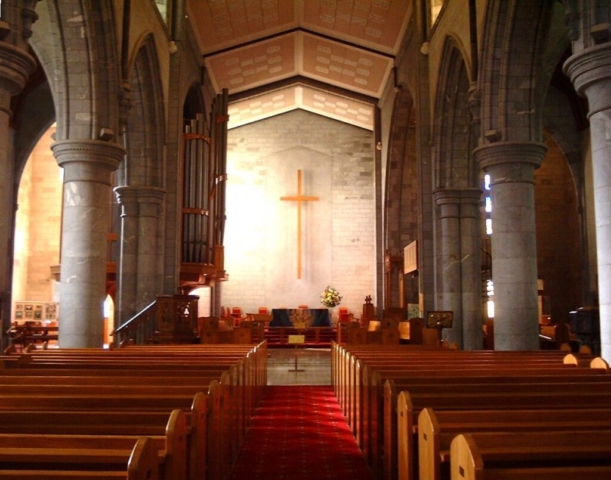 Nelson claims to have developed an exciting arty café culture by the sea – but I can’t say I found it. To me the docks were reminiscent of Lerwick (Shetland), and the town centre felt like Nottingham on a wet Saturday afternoon. But I did enjoy the Suter Art Gallery. This is a lot better than its glorified scout hut premises might suggest: it had some gorgeous contemporary New Zealand pottery, and a delightful reinterpretation of Ford Madox Ford’s The Last of England as The First of New Zealand.

But what really caught my eye were some paintings by Jane Evans. The first one was ‘Rooster Strutting to an Audience Enthralled’.To me he looks a bit effeminate, though the ‘lady’ on his left is presumably the one who’s enthralled. Both are exaggerated, and you wonder whether the painter is trying to caricature or send up the way both sexes, particularly in their human forms, portray themselves. There’s also a strong sense that she’s copying Marc Chagall. But whatever the meaning, I liked the colours.

The second painting was ‘Summer Siesta’. This has echoes of Henri Matisse, and ‘all that yellow makes the summer almost palpable’. Hmm… ‘palpable’ seems to be a word artists throw around rather too much. But again, I do like the colours. 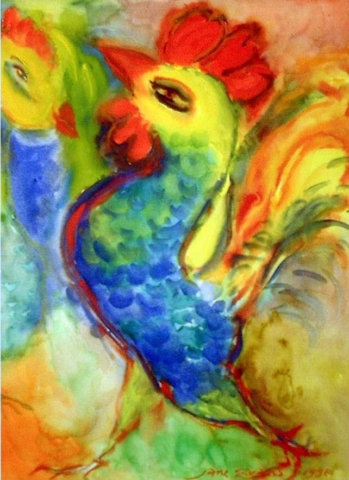 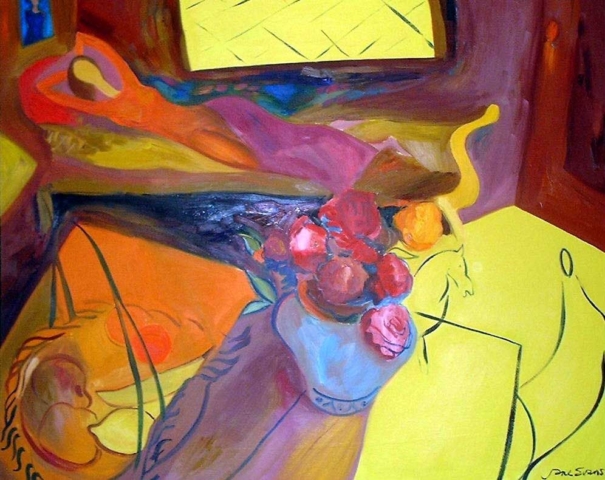 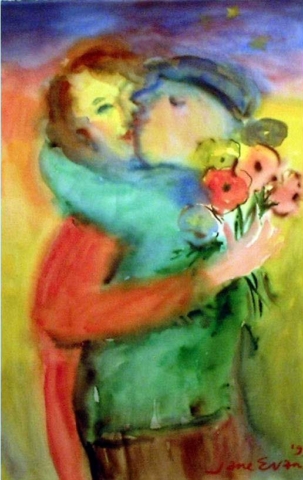 A third of Jane Evans’ paintings is apparently quite famous: ‘Flowers from Vence’. Again I like the colouring, the general style, and the handling of the subject matter. The style is again a bit Chagall, but that doesn’t make it any the less likable.

The art gallery also had a wall-display of painting by local children of their friends and teachers. Since they’d obviously done it as a class and used very similar materials, it made a rather nice effect…