State Highway 2 to the Wairarapa twists and turns through the Rimutaka Hills, inducing neckaches and car-sickness – a common New Zealand experience!

At the very top of the pass through the hills there used to be a little cafe called Pie in the Sky. The food it sold was fairly trashy, but it was always a very welcome indication that you were half-way to the other side.

Coming from Britain this always made me think of the detective series Pie in the Sky, with Richard Griffiths as the police inspector who wants to retire and run his own restaurant called ‘Pie in the Sky’, and the wonderful Maggie Steed as his wife. I don’t know if this was in the proprietor’s mind when they named this little place…but nowadays it’s all gone away. This is probably just as well when you consider the drugs and other things that used to get traded there.

On the other side of the hill is Featherston, a small town on the way to the more obviously attractive Lake Wairarapa, Greytown, Masterton, Martinborough, Napier… indeed almost anywhere. Featherston had got a bit run-down, but it’s still the first useful stop on the way to these places; and recently it’s tried to reinvent itself as a ‘reading’ town, a place for a day trip out from Wellington, and a proper part of the Wairarapa area. It’s certainly an improvement on 20 years ago. 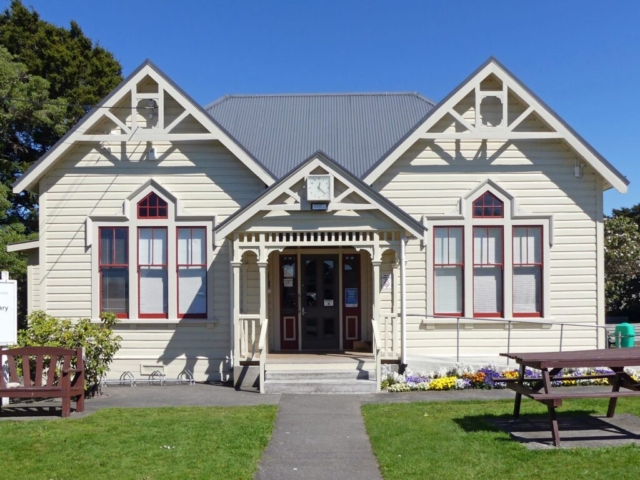 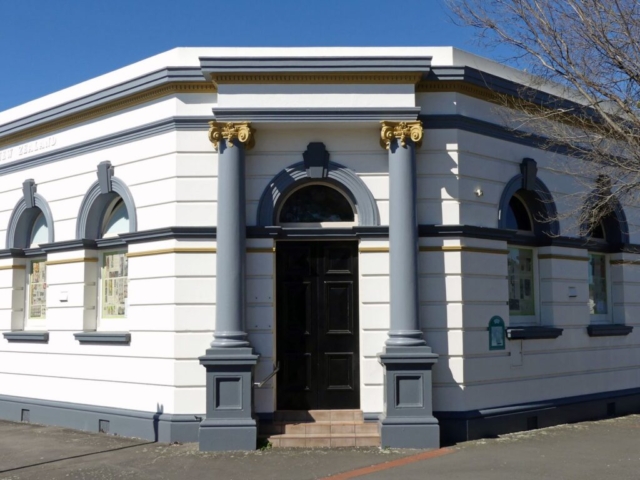 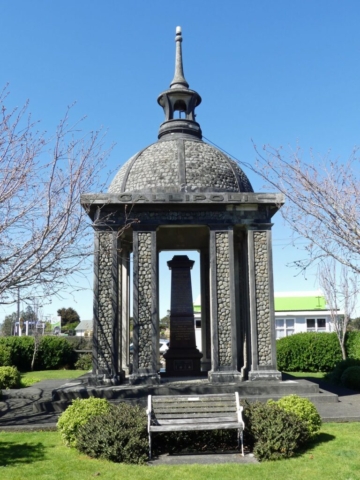 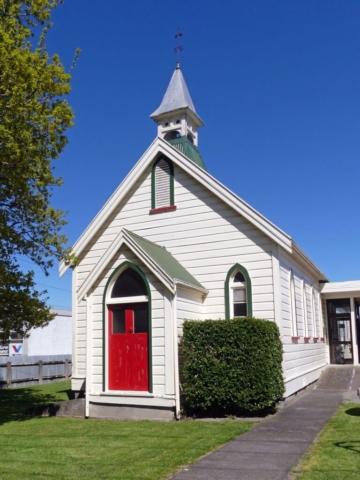 St John’s Featherston used to be one of those ugly Concrete Churches that abound in New Zealand. I first photographed it in bad weather, but when I went back 2 weeks later in sunshine… it had gone! It had failed to meet earthquake-proofing standards, and the congregation couldn’t afford to strengthen it – so now they meet in the hut at the back.

The Fell Engine was a regular locomotive engine with extra geared wheels which used to run up and down the steep inclines of the railway between Wellington and the Wairarapa, through the Rimutaka tunnel. The photographs here don’t do it justice, but it’s impressive piece of engineering and worth a (short) visit. 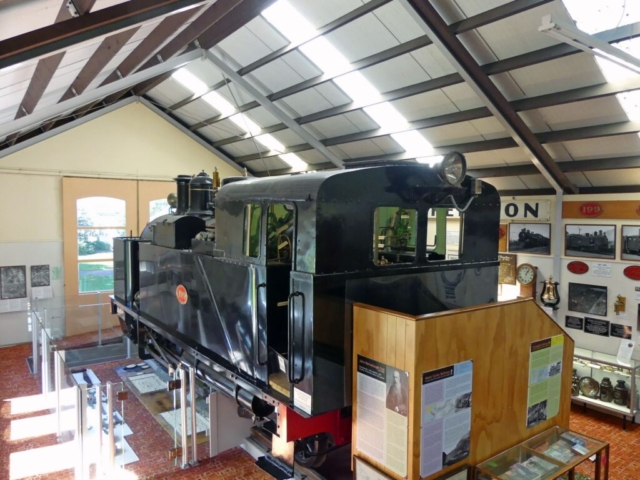 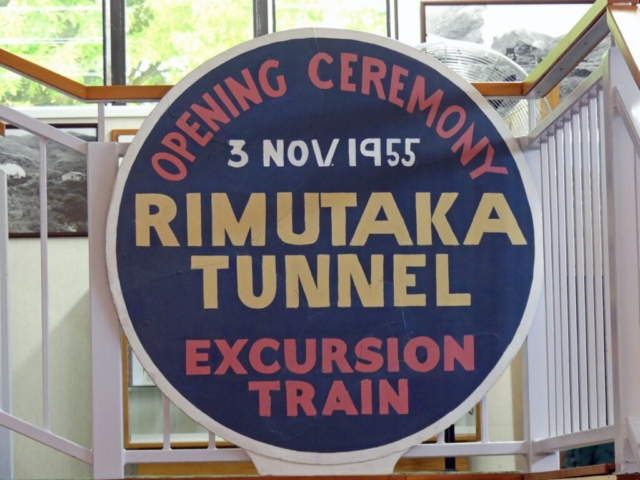 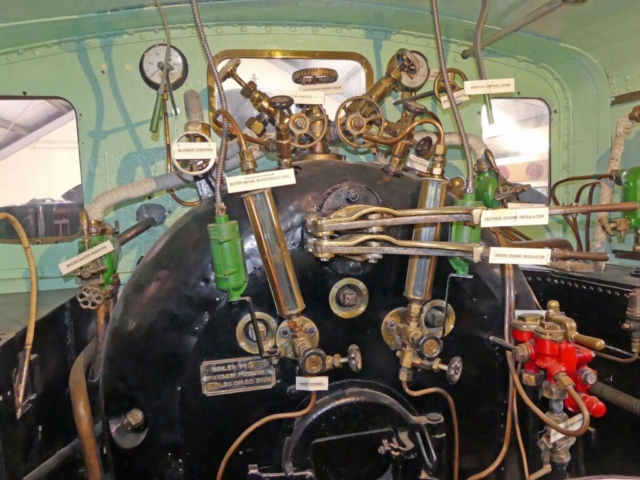 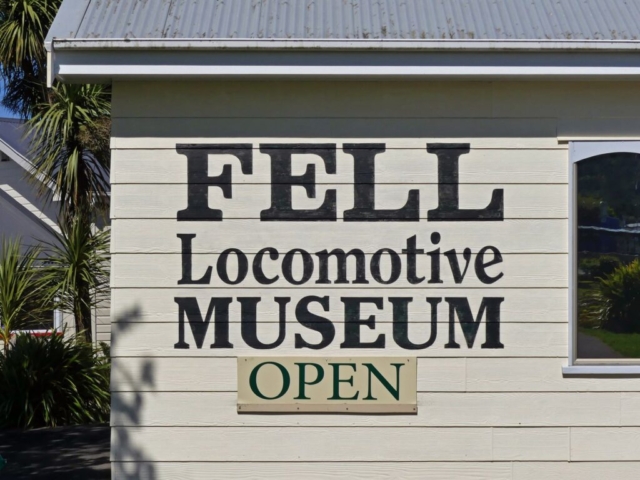 The Royal Hotel is another of those huge old pub-hotel places that grace small New Zealand towns. It had got pretty derelict but as part of the general facelift it’s been very pleasantly refurbished and brought back to life. I tend to regard it as a coffee stop with a bit of character; though the real character in Featherston used to be a puzzlingly weird person who served in the Everest Cafe. Sadly that Cafe is now managed by a rather clueless bunch of Koreans, and for the moment it’s not worth visiting.

Inside, the Royal has gone Steampunk. Some Kiwis claim that New Zealand invented Steampunk… there’s no reason to believe this, but it partly depends on quite how you define the term. Some trace it back to H G Wells and Mervyn Peake; others date the word formally to K W Jeter’s use in 1987; others note that it’s really only come into use with movies and the huge power of CGI to create exotic imaginary worlds. So with the rise of Weta studios, and with the general obsession for rescuing old stuff and pretending it’s useful, it has resonance in modern Kiwi culture.

As for whether the Royal is really Steampunk or just has a few weird old bits with bad lighting everywhere… hmm. But it’s a pleasant place for a stop. 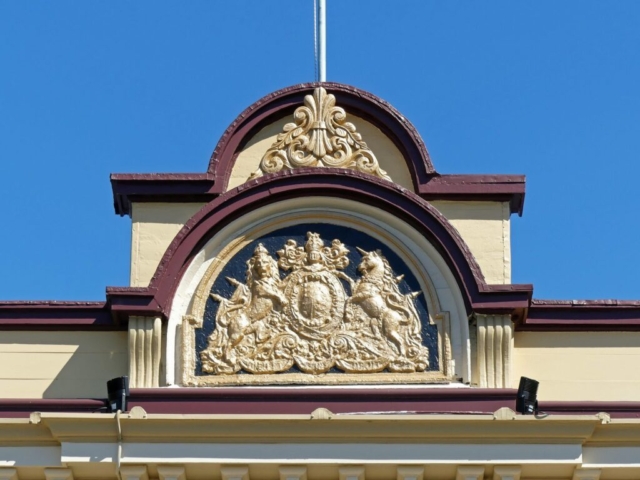 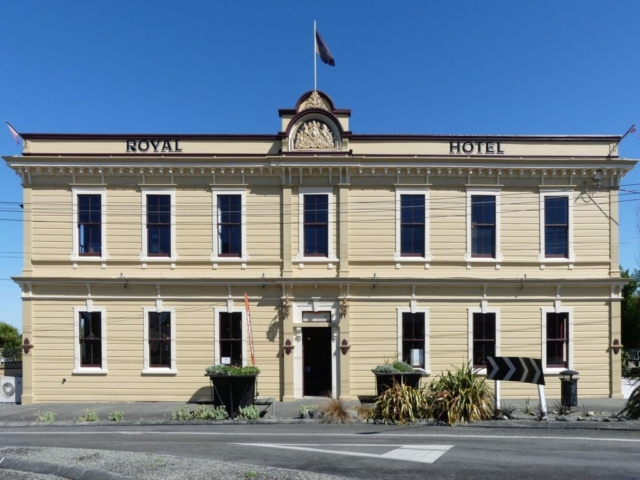 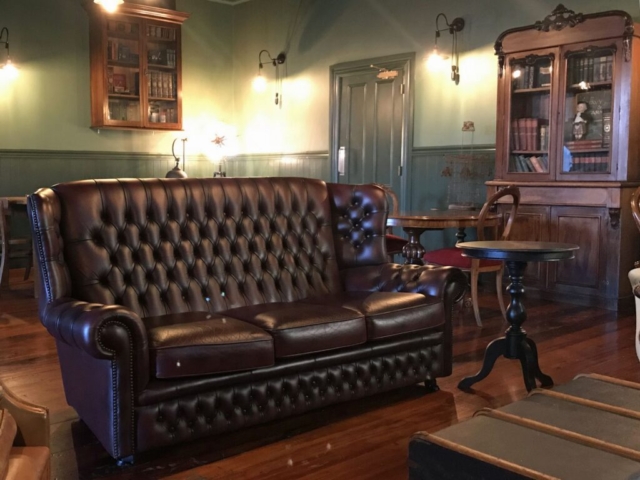 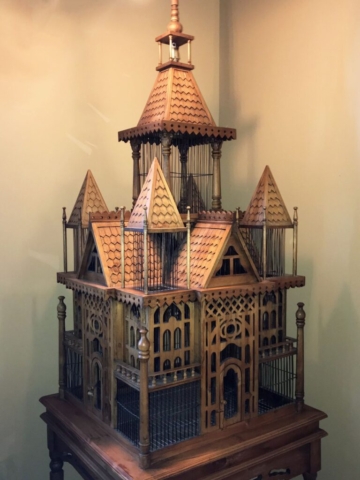