Whyever would you declare a church a Cathedral and then close it a year later for earthquake strengthening? The answer is that this is a long-term plan, and you have to start somewhere.

Another oddity is that there isn’t a Diocese, or a Bishop, of Taranaki – and there may never be one: it’s all still part of the Diocese of Waikato at Hamilton, and likely to remain so.

But this is about Taranaki as a Region, about its self-respect, and a sense that Hamilton was a long way away and the church community in Taranaki tended to get left out. It’s not unknown for a diocese to have two cathedrals; it’s not unknown for one cathedral to serve two dioceses. So here we go – basically the lovely old church of St Mary, with an ambitious upgrade programme. 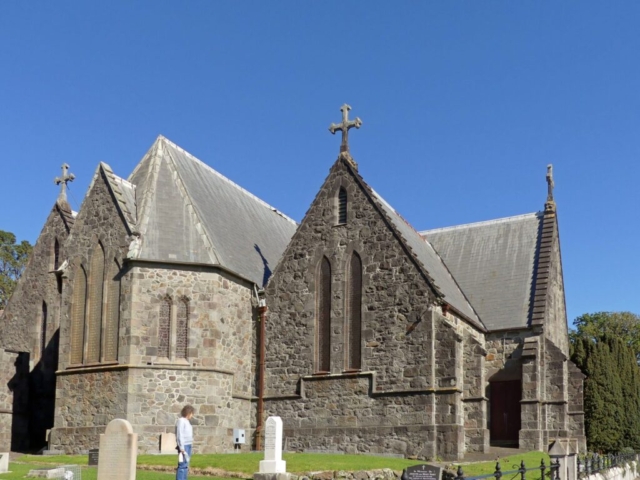 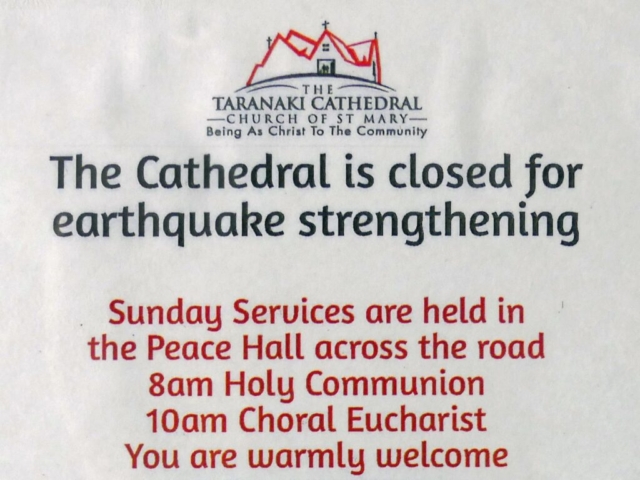 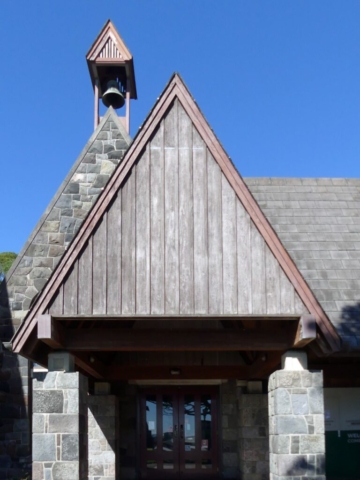 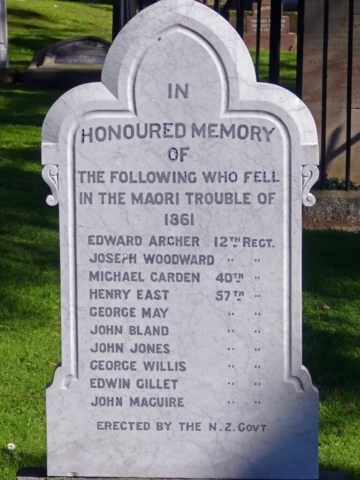 The graveyard contains an interesting memorial to the men killed in the ‘Maori Trouble’ of 1861, paid for by the NZ Government. No memorial, and no government funding, for the (probably) 40 or so Maori who were killed.

These days there may well a separate Maori memorial somewhere: efforts have been made, and are still being made, to settle issues from the past. But the government of the day punished the Maori with many measures including confiscating huge amounts of land, and the issues continue to rumble on. It’s well worth a look at the Wikipedia article on the Taranaki War and the overall Wikipedia article on the New Zealand Wars.