I arrived filled with excitement, but I left with my hopes shattered. Whitechapel Art Gallery is the sort of place that is often featured in books and Open University TV programmes: I’ve known it from those sources since I was about 13. It’s usually celebrated not only as a great example of Arts & Crafts architecture, but also for its location among the Working Clarsses in the East End of London. Perhaps even more seriously it was part of a movement, a conscious drive, to enlighten the lives of the downtrodden masses by bringing them art and beauty.

If this sounds a bit patronising, at least I can believe the early pioneers did indeed bring beauty here, in the form of what was generally agreed to be ‘art’ and in the products of the Arts & Crafts movement. What’s hugely disappointing is that today, in our horror of ‘talking down’ to people, we’ve filled it with crap. Oh…and a very expensive new oak-panelled restaurant where City people can comfortably entertain their clients.

The ‘crap’ is not simply ‘the people’s art’ elevated and treated as if it were fine art: that actually that wouldn’t bother me – after all, we all love Lowry, the Pitmen Painters and whatever the local schools create. The problem is more with stuff which ‘artists’ produce but is rubbish in the sense that it’s both ugly to look at and meaningless when you try to think about it. I came away thinking ‘what’s the point of this place?’ which rather sad, considering the Whitechapel in its day was the only British gallery ever to show Picasso’s Guernica, and the first to take an interest in Pollock, Rothko, Freud, and Gilbert & George.

The building, of course, has always been the star – though I’ve never been really convinced I like it, and I’m still not. That asymmetrical arch is a forceful statement of something, but I’m not sure what: and why force the building back to symmetry on the higher floors, give us two towers which have no foundations, and throw in a big white panel that seems to indicate a complete lack of imagination? I’m not alone in thinking this: there’s always been debate as to whether this is a great building at all or is just a mess produced by a ‘rogue’ architect. Thankfully the detailing of the stonework, and the generosity of the space, still perfectly evoke that feeling of big turn-of-the-century social buildings.

And when I passed by a second time, that big white panel had turned into something else, though I’m not sure it’s an improvement. Here’s a link to the Whitechapel Gallery 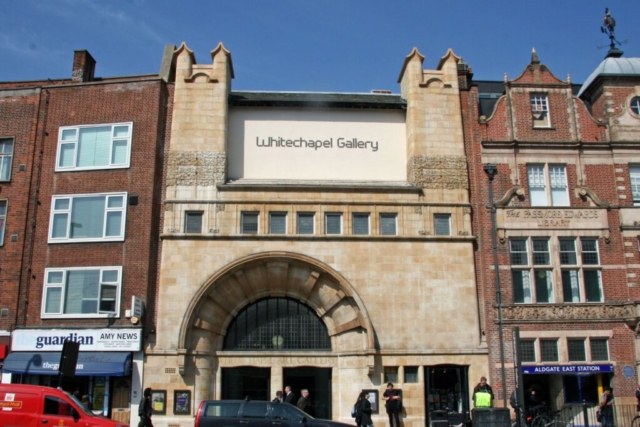 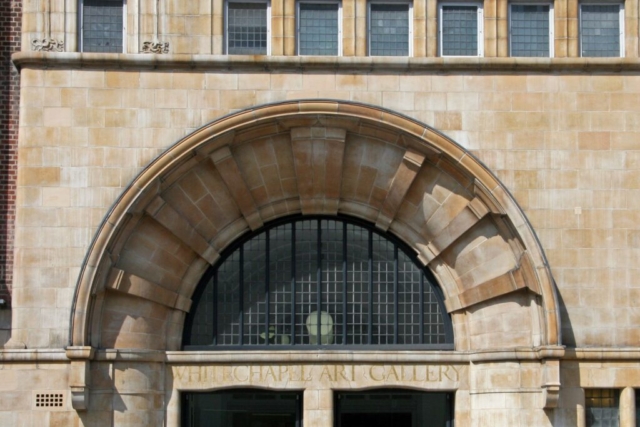 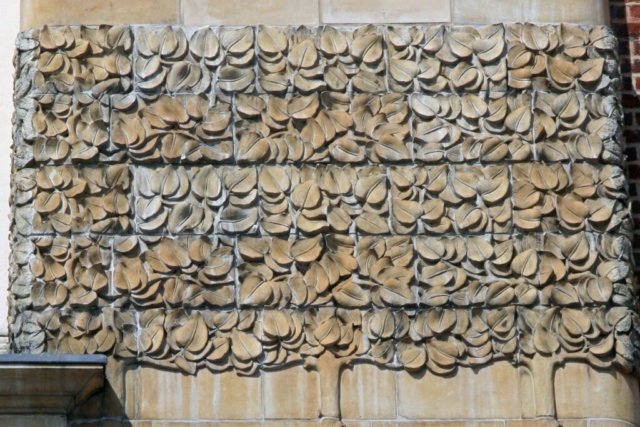 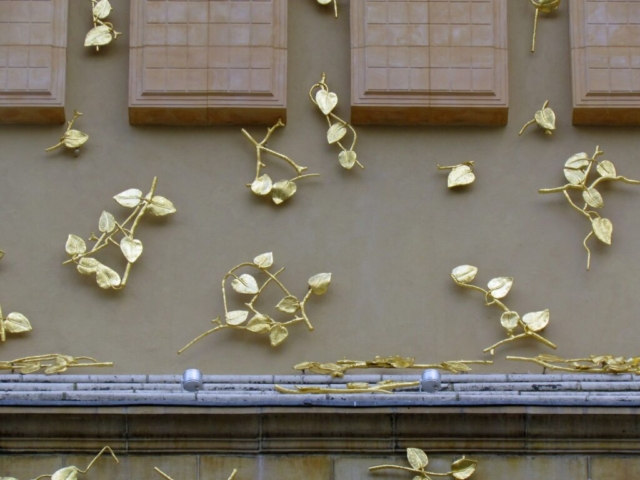 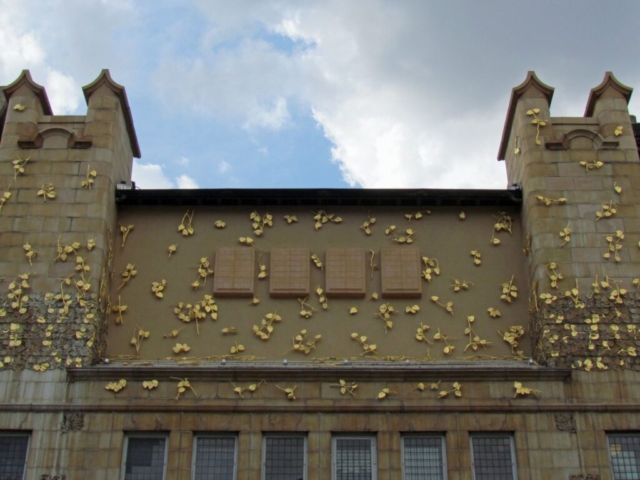 Next to the gallery, and now part of it; and indeed developed as part of the same drive for social improvement, is a Passmore Edwards library. John Passmore Edwards was a remarkable chap and is well worthy of study in his own right. A Cornishman who made lots of money, he spent it on a huge number of libraries, schools, social halls and homes for retired working men; and in his day was known as the “British Andrew Carnegie”.

Happily there’s now a movement to celebrate and preserve the buildings he endowed. In a rare triumph for public buildings they manage to be generous, useful, charming and above all enjoyable in a way we’ve struggled to get right ever since. 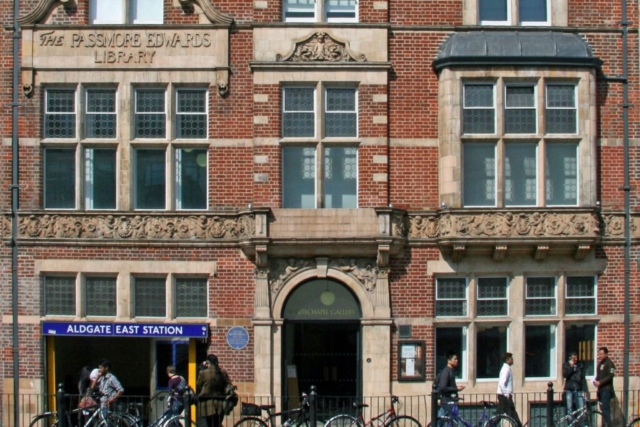 In the 1930s a second entrance to Aldgate East tube station was rather rudely inserted into the left hand side of the library. The job was neatly done, but it meant the library lost a useful room or two, and it left an odd course of windows over the entrance! 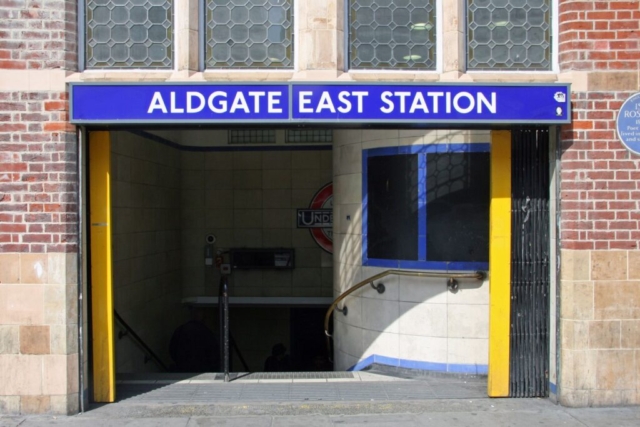