The young Queen Victoria was awfully devoted to her German husband Prince Albert, and not unreasonably; he was man of action and organisation, and he achieved great things including leading the effort for the Great Exhibition of 1851. That event made so much money that it pretty-well paid for all the South Kensington Museums to be built on the site after the exhibition had closed; and so Albert became known as a great patron of the arts and sciences. When he died of typhoid in 1861, Victoria commissioned this vastly expensive memorial to him. It may seem odd that she didn’t swipe some site in central London for him, but this glorious spot on the edge of Hyde Park places him right next to the institutions he founded, and also placed him in the pleasant open suburbs which were then being developed: so in some ways it’s the perfect location.

The Germans reportedly used the memorial for navigation in the Second World War, but happily they never bombed it – perhaps because Albert was after all one of their own. Nowadays the monument is recognised as a high point of Victorian Gothic design and exuberance, and it’s recently been restored at huge expense. That look is real gold, though only gold leaf…

The memorial seems to celebrate, with absolutely no sense of irony at all, the glories of the Victorian empire; guided and enlightened by its Christian faith, bringing beneficent government, art, industry and free trade to the whole world. What joy it would be to live under such a regime! How unsurprising that small nations all over the globe were queuing up to come into the Empire – and that even big ones like India joined up with not too much protest. OK there was sometimes an element of military persuasion, but it was rather like joining up with America in the 1950s: you wouldn’t really need to think too hard if you were promised defence from something a lot worse, and free trade, good governance and art like it’s portrayed here. Like America in the 1950s, it seemed natural to everyone that Christian faith, British character and Progress all marched together hand in hand.

In this vein, even the plinth of the memorial is covered with wonderful marble carvings celebrating the achievements of mankind, most of them looking very Anglo-Saxon. 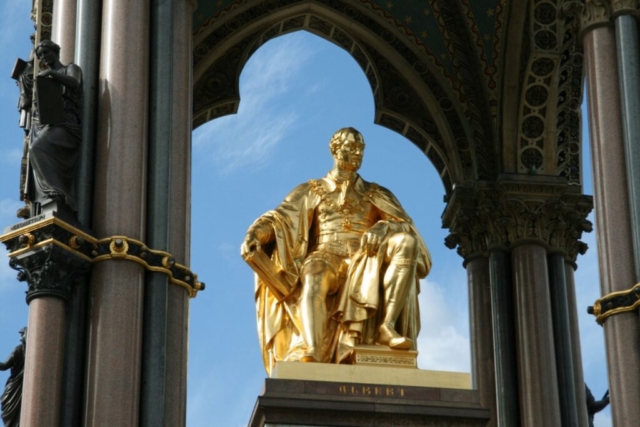 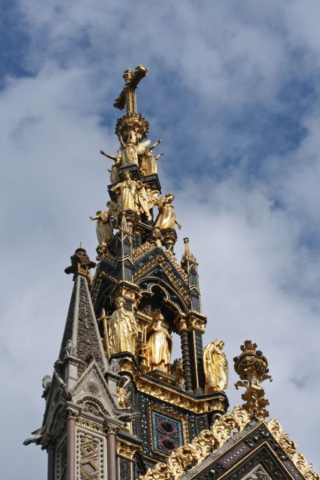 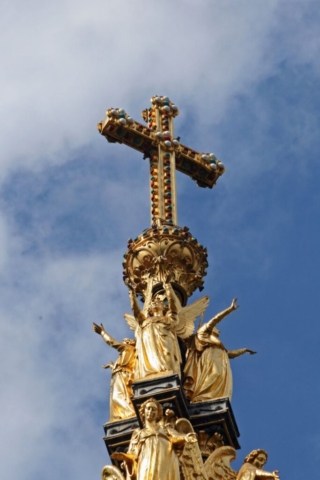 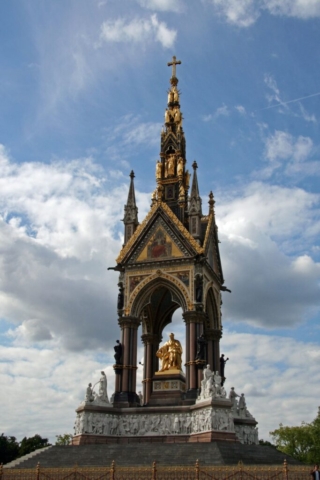 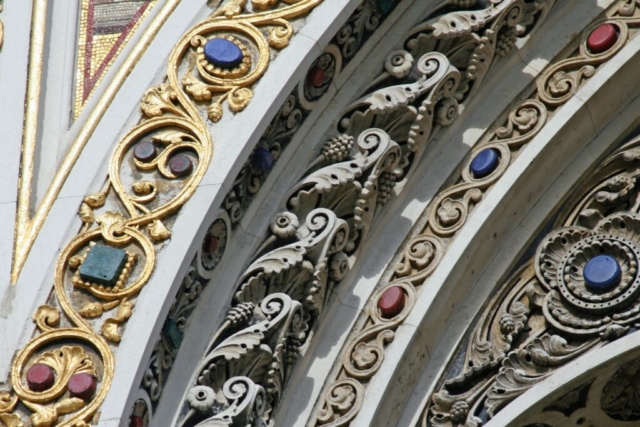 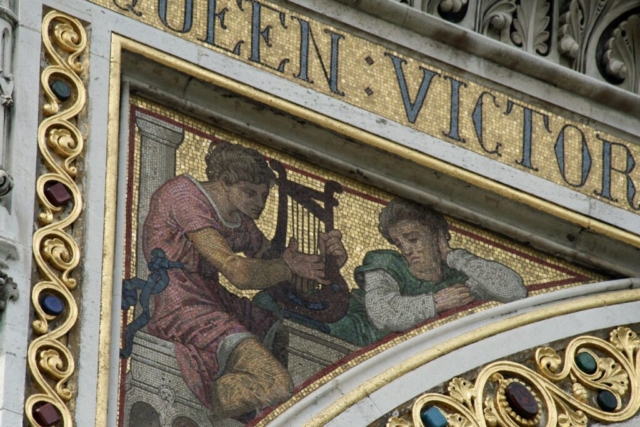 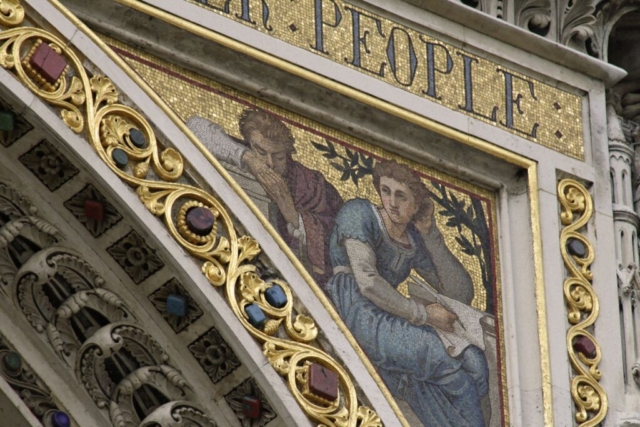 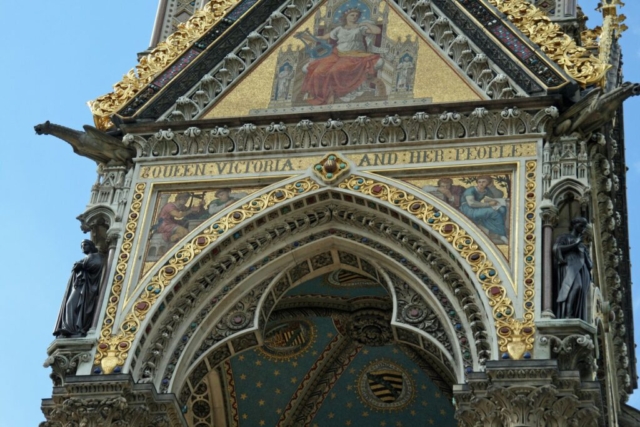 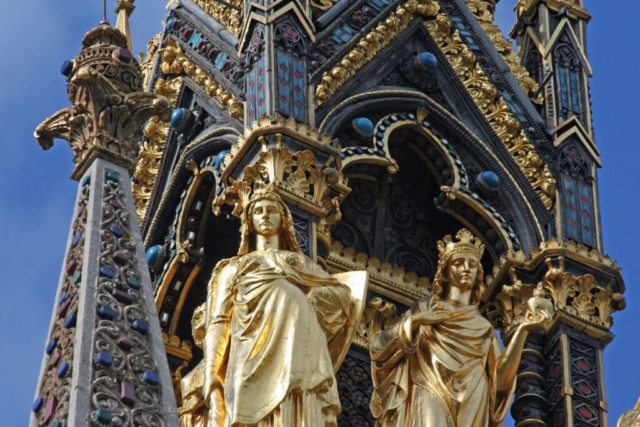 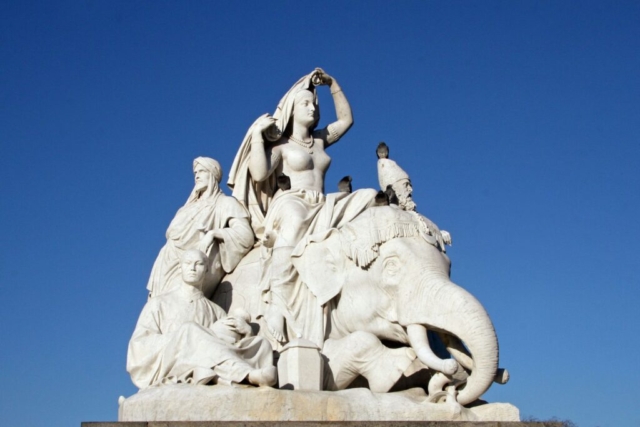 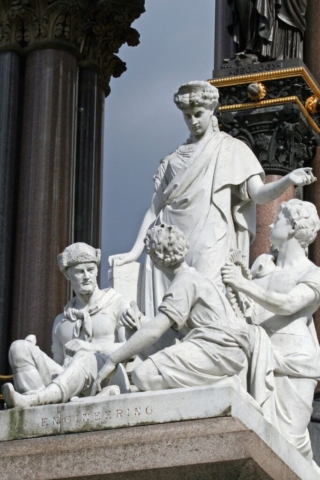 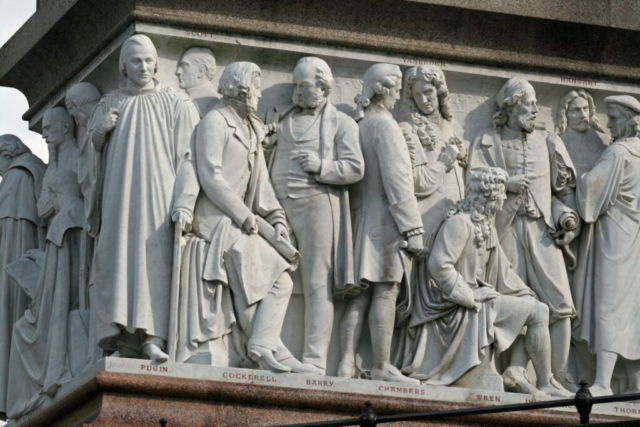 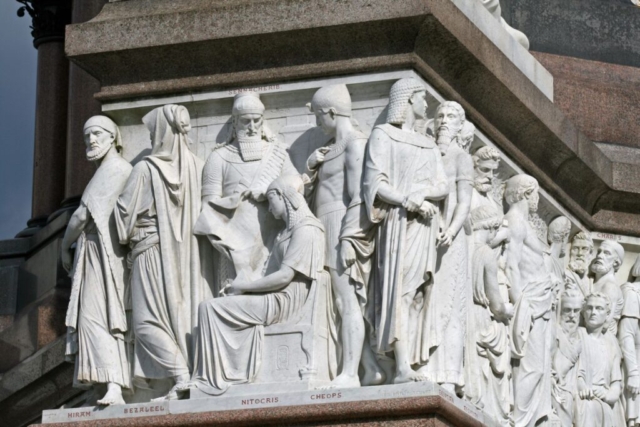 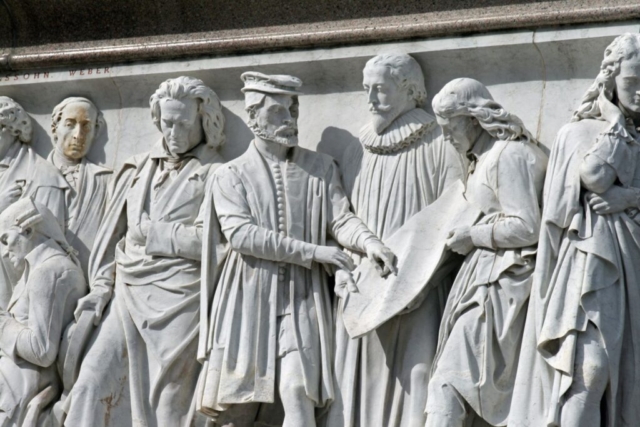 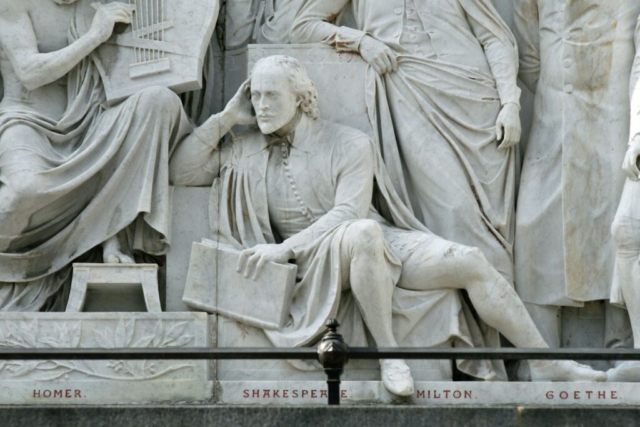 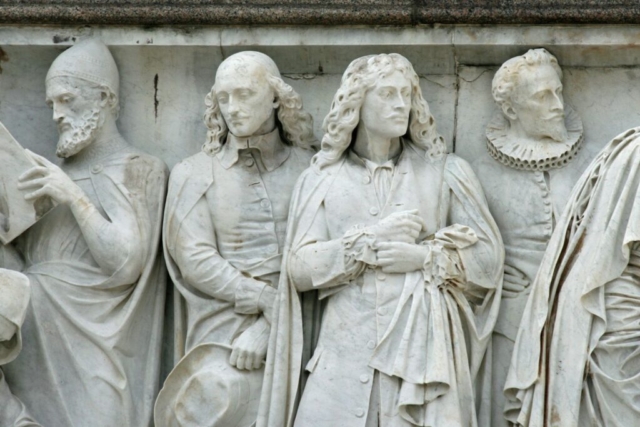 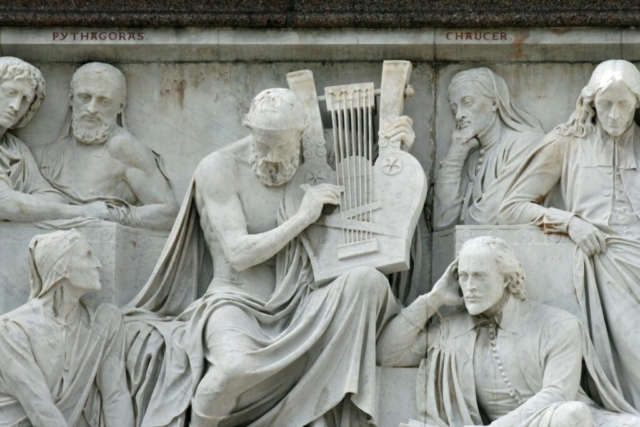 Opposite the memorial is the Royal Albert Hall itself – the venue for all sorts of events from fantastic classical music concerts to boxing matches. 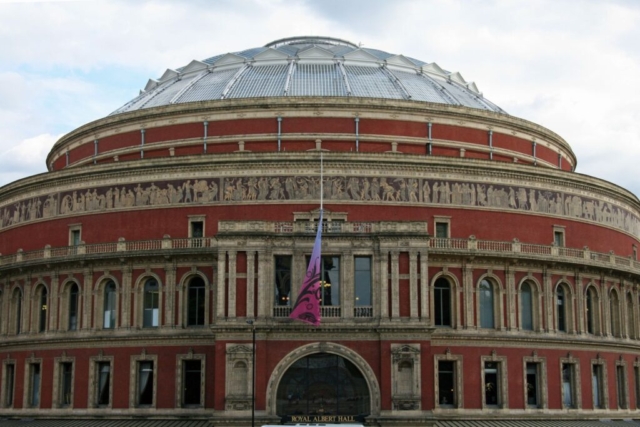 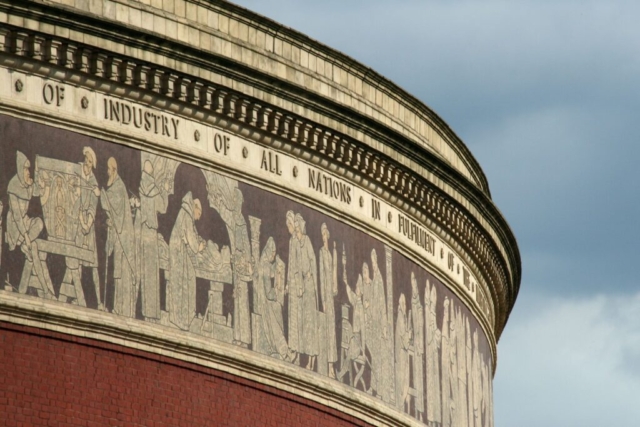 Admiralty Arch   Top   Colinspics Home   All Hallows by the Tower